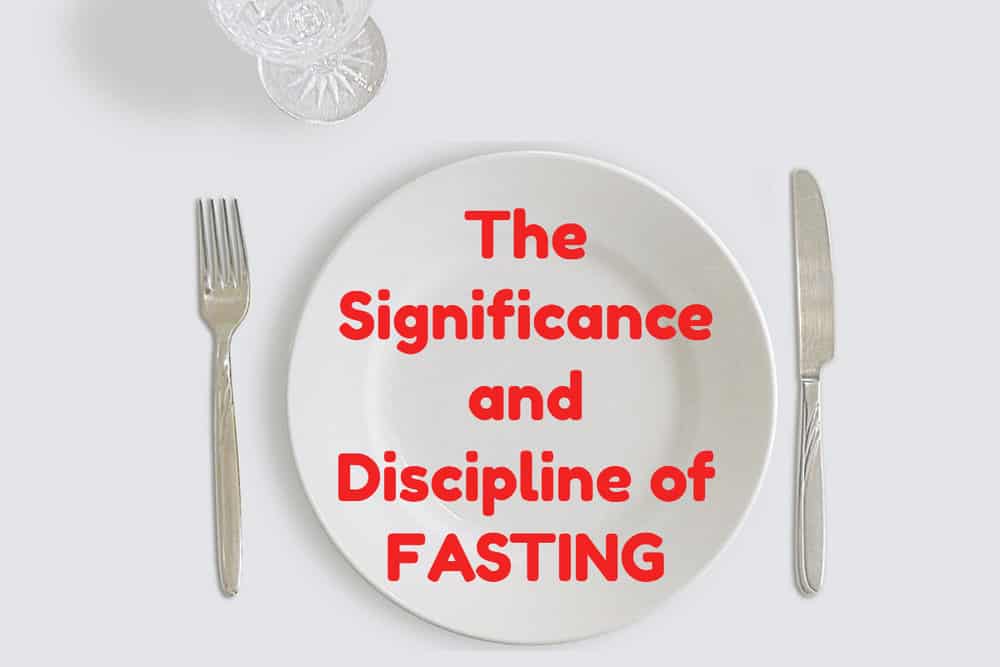 Fasting, is abstaining from eating, drinking and coitus from daybreak to sunset as a devotional ritual. Allah, the Almighty Says in the Noble Quran (what means):

“O you who have believed, decreed upon you is fasting as it was decreed upon those before you that you may become righteous.” [Quran; 2:183] That is: that you may fear Allah, keep away from His prohibitions, and fulfill His Commands. Prophet Muhammad  said: ” Whoever does not give up forged speech and evil actions, Allah is not in need of his leaving his food and drink (i.e. Allah will not accept his fasting.)” [Al-Bukhari]

This means that Allah does not want us to abstain from eating and drinking only, rather, He wants us to refrain from evil deeds and vileness too. The Prophet  instructed that a fasting person, if offended or abused, should say: “I am fasting.”  [Al-Bukhari] By this, as though the fasting person says: “It is because I am fasting I do not return your abuses.” The offender at that point may feel embarrassed, and desist.

What is the purpose of Fasting?

The purpose of fasting is not physical training to endure hunger, thirst and exhaustion; rather, it is disciplining the ego to relinquish the loved for the sake of the Beloved. The loved are the desires of eating, drinking, sexual activities etc., while the Beloved is Allah, the Exalted. Hence, it is imperative to keep in mind when we observe fasting that we do so only for the sake of Allah. It becomes imperative on us to try our best to observe the rites that reflect our obedience to Allah, such as the remembrance of Allah, reading the Quran, supererogatory prayers, charitable deeds and donations, good manners, etc.

Fasting has great significances and aims, which, if carefully considered, instill in us much surprise. Among these significances, we mention the following:

Fasting is linked with true faith in Allah, the Most Exalted; that is why it has been reported that fasting is a secret act of worship since a person may break his fast, if he wishes, by eating, drinking or simply by not making the intention to fast (in which case his fast will not be accepted even if he remains fasting the whole day). Fasting, then, is a hearty, secret worship that concerns only the servant and his Creator. When the servant knowingly gives up the things and acts that nullify the fast, despite his ability to reach them in secret, he gives indeed strong evidence of his certain belief that Allah, the Almighty, watches over him in both his manifest and secret deeds. There is no doubt that in this kind of conduct is a significant training to strengthen faith in Allah.

Fasting is also training for the servant to aspire to the Hereafter since, by fasting, he gives up some of the worldly matters, looking forward to Almighty Allah’s reward. By observing the fast, he weighs the profit in terms of the condition in the Hereafter. However, those who measure things in materialistic terms are only concerned with the worldly aspect of fasting. As a result, they think of it as merely deprivation of the pleasures of life, which please the self and satisfy the body. They are not in the least concerned with the other aspect of its significance in the hereafter that constitutes the real reward and the genuine perpetuity. This attitude of their hearts weakens their aspiration for the hereafter and its eternal enjoyment.

Fasting is a practical embodiment of submission and servitude to Allah, the Exalted, that the servant manifests by eating and drinking at night only in response to the call of his Lord, Allah Who Says in the Noble Quran (what means): “And eat and drink until the white thread of dawn becomes distinct to you from the black thread [of night].” [Quran; 2:187]. That is why the fasting Muslim should eat at Iftar (break fast) time, at sunset, and just before dawn (Suhoor, or the per-dawn meal) because continuous fasting (day and night) is forbidden in Sharee’ah (Islamic law).

The act of eating is, therefore, a form of worship of Allah, the Almighty. When dawn starts, Muslims discontinue eating and drinking (and having sex with their spouses) in compliance with Allah’s order, for He Says (what means): “…Then complete the fast until the night [i.e. sunset].” [Quran; 2:187]. In this way, the Muslim is educated about complete servitude to Allah, the Most High, in such a way that when his Lord commands, he complies. It is, therefore, not simply a matter of personal taste, whim and disposition, but a matter of obedience to Allah and implementation of His Commands.

Fasting is similarly a form of education to the whole society since when the fasting Muslim feels that people around him are all fasting, he finds fast no longer difficult, but feels that he is in harmony with the society to which he belongs through worship, the unifying factor of the whole community. Whoever compares voluntary fasting to the obligatory fast in the month of Ramadan perceives a certain difficulty in the former and easiness in the latter due to the aforementioned reasons. That is why Muslims find it very difficult to spend the month of Ramadan away from Muslim environments.