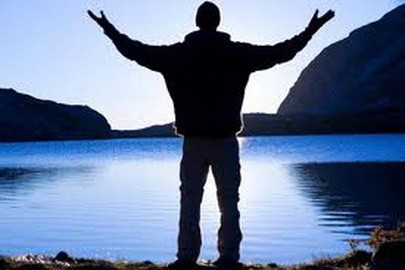 In the Name of Allaah, the Most Merciful, may His Salaah and Salaam Be upon His Messenger Muhammad, to proceed:

” The strong believer is better and more beloved to Allaah than the weak believer, while there is good in both. Guard over that which benefits you, seek Allaah’s assistance,
wa laa t’ajiz (don’t lend yourself to things devoid of benefit, and this could carry many meanings), and if something befalls you, then don’t say ‘If only I would have done such and such,’ rather say,, ‘Qaddarallaahu wa ma shaa’ fa’al’ (Allaah ordained (this) and He does what He wills), for verily the phrase ‘If I would have’ makes way for the work of Shaytaan.”

The takhreej of the Hadeeth (where it can be found):

As-Syootee gathered it in Al-Jaami’us-Sagheer, and Al-Albaanee numbered it #6650 and called it ‘hasan’. He traced it to Saheeh Muslim, Ibn Maajah, and Ahmad. He brought it in his summarized Muslim #1840 but doesn’t mention why it is hasan, but he mentions in his takhreej of As-Sunnah of Ibn Abee ‘Aasim that As-Suyootee found a problem with Rabee’ah bin ‘Uthmaan (one of the narrators).

What are the characteristics of the “strong believer”?

Imaam An-Nawawee (may Allaah have mercy on him): “The intended meaning of strength here is a firm will and a desire to work for the Hereafter. So the one being described as a strong believer is more bold and stern against the enemy in Jihaad, quicker to go out (to fight) and searching for it (Jihaad), more firm in the way he enjoins the good and forbids the evil, (more firm) in his patience with the harm he faces throughout all of that, and stronger in the way he carries out difficult tasks for Allaah’s Sake. He loves to pray, to fast, make thikr, and perform the rest of the acts of worship, and he is more active in seeking after these affairs, and he keeps a closer watch over his performance of them.” [Sharh Muslim v.9, p.341, Daar Al-Ma’rifah printing].

So the meaning of strength in his statement (sallallaahu ‘alayhe wa sallam), ‘The strong believer…’ is strength in eemaan, since the word ‘strong’ refers to the word ‘believer’, someone who has eemaan.
Similarly, one who would say ‘a strong man’ if he was refering to his manhood and masculinity. Along the same line, the strong believer is strong in his eemaan, because the strong believer has the strength to carry out what Allaah ordered him to do, and to increase upon that by doing extra good deeds however Allaah likes. As for the weak believer, his eemaan is weak, and that hinders him from performing his duties and avoiding what is prohibited, so he is always falling short.” [Sharh Riyaadhis-Saaliheen, v.3, p.91-2]

“Strong (as found in this hadeeth refers to) strength in his Deen, body, soul, and intellect, that which helps him carry out (the deeds in) his Deen, call to it, and defend it.” [Bahjatun-Naathireen v.1, p. 182]

“Verily (the believer’s) strength and weakness is found in how much he pushes himself, keeps himself firm on obedience, and how much he works to benefit the people and to keep evil away from them.” [Bahjatun-Nathireen v.1, p.183]

If one looks at the text of the hadeeth itself, he will find something very interesting. Notice that the Prophet (sallallaahu ‘alayhe wasallam) started by saying, “The strong believer is better and more beloved to Allaah than the weak believer, while there is good in both…” and then it may seem like the subject of the hadeeth shifts to something else.

Rather, this hadeeth is an encouragement to be a strong believer from the begining to the end! Yes, after informing us about the superiority of the strong believer, the Prophet (sallallaahu ‘alayhe wasallam) detailed some ways to become a strong believer, giving us four pieces of advice, all of them related to eemaan:

Don’t you see? All these things are matters that will increase you in eemaan, thus making you a stronger believer. So the Prophet (sallallaahu ‘alayhe wa sallam) was not wandering into another topic here, rather he was giving us advice on how to become a strong believer.

So I say that the first source of Sharh (explanation) of this hadeeth, the Prophet (sallallaahu ‘alayhe wa sallam) himself already answered these natural questions that arise :”What is a strong believer?” and hadeeth! The strong believer is the one who guards over that which benefits him, seeks Allaah’s Aid, doesn’t lend himself to affairs devoid of benefit, and understands firmly that what happens is from Allaah’s Qadr (Divine Will), saying “Qaddarallaahu wa ma shaa’ fa’al.”

So the statements of the scholars that I mentioned here, upon inspection, all agree to this. As for Shaykh Saleem’s reference to physical strength, it is clear to me that he was referring to its use in obedience to Allaah, and therefore there is no contradiction between this explanation and that of Shaykh Muhammad Saalih Al-‘Uthaymeen.

Conversely, a person could be a top-notch bodybuilder and a superb athlete, but he can’t even wake up for Fajr, and Allaah is the One whose Help is sought.. So clearly his strength is not making him better nor more beloved to Allaah, so how could he be considered a strong believer?!