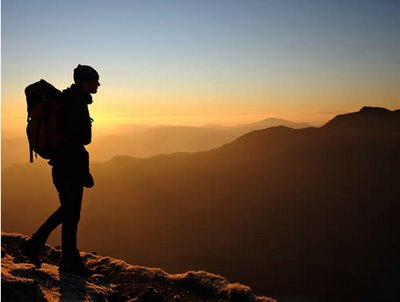 This is a story of a seeker of Truth, the story of Salman the Persian, gleaned, to begin with, from his own words:

I grew up in the town of Isfahan in Persia in the village of Jayyan. My father was the Dihqan or chief of the village. He was the richest person there and had the biggest house.

Since I was a child my father loved me, more than he loved any other. As time went by his love for me became so strong and overpowering that he feared to lose me or have anything happen to me. So he kept me at home, a veritable prisoner, in the same way that young girls were kept. I became devoted to the Magian religion so much so that I attained the position of custodian of the fire which we worshipped. My duty was to see that the flames of the fire remained burning and that it did not go out for a single hour, day or night.

My father had a vast estate which yielded an abundant supply of crops. He himself looked after the estate and the harvest. One day he was very busy with his duties as dihqan in the village and he said to me: “My son, as you see, I am too busy to go out to the estate now. Go and look after matters there for me today.”

On my way to the estate, I passed a Christian church and the voices at prayer attracted my attention. I did not know anything about Christianity or about the followers of any other religion throughout the time my father kept me in the house away from people. When I heard the voices of the Christians I entered the church to see what they were doing.

I was impressed by their manner of praying and felt drawn to their religion. “By God,” I said, “this is better than ours. I shall not leave them until the sun sets.”

I asked and was told that the Christian religion originated in AshSham (Greater Syria). I did not go to my father’s estate that day and at night, I returned home. My father met me and asked what I had done. I told him about my meeting with the Christians and how I was impressed by their religion. He was dismayed and said:

“My son, there is nothing good in that religion. Your religion and the religion of your forefathers is better.”

“No, their religion is better than ours,” I insisted.

My father became upset and afraid that I would leave our religion. So he kept me locked up in the house and put a chain on my feet. I managed however to send a message to the Christians asking them to inform me of any caravan going to Syria. Before long they got in touch with me and told me that a caravan was headed for Syria. I managed to unfetter myself and in disguise accompanied the caravan to Syria. There, I asked who was the leading person in the Christian religion and was directed to the bishop of the church. I went up to him and said:

“I want to become a Christian and would like to attach myself to your service, learn from you and pray with you.”

The bishop agreed and I entered the church in his service. I soon found out, however, that the man was corrupt. He would order his followers to give money in chanty while holding out the promise of blessings to them. When they gave anything to spend in the way oRGod however, he would hoard it for himself and not give anything to the poor or needy. In this way he amassed a vast quantity of gold. When the bishop died and the Christians gathered to bury him, I told them of his corrupt practices and, at their request, showed them where he kept their donations. When they saw the large jars filled with gold and silver they said.

“By God, we shall not bury him.” They nailed him on a cross and threw stones at him.

I continued in the service of the person who replaced him. The new bishop was an ascetic who longed for the Hereafter and engaged in worship day and night. I was greatly devoted to him and spent a long time in his company.

(After his death, Salman attached himself to various Christian religious figures, in Mosul, Nisibis and elsewhere. The last one had told him about the appearance of a Prophet in the land of the Arabs who would have a reputation for strict honesty, one who would accept a gift but would never consume charity (sadaqah) for himself. Salman continues his story.)

A group of Arab leaders from the Kalb tribe passed through Ammuriyah and I asked them to take me with them to the land of the Arabs in return for whatever money I had. They agreed and I paid them. When we reached Wadi al-Qura (a place between Madinah and Syria), they broke their agreement and sold me to a Jew. I worked as a servant for him but eventually he sold me to a nephew of his belonging to the tribe of Banu Qurayzah. This nephew took me with him to Yathrib, the city of palm groves, which is how th e Christian at Ammuriyah had described it. 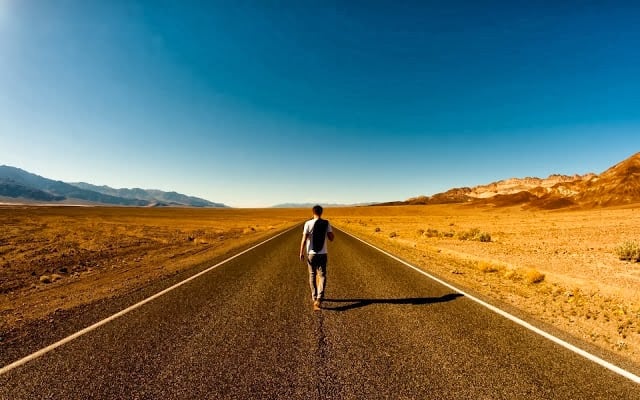 At that time the Prophet was inviting his people in Makkah to Islam but I did not hear anything about him then because of the harsh duties which slavery imposed upon me.

When the Prophet reached Yathrib after his hijrah from Makkah, I was in fact at the top of a palm tree belonging to my master doing some work. My master was sitting under the tree. A nephew of his came up and said:

“May God declare war on the Aws and the Khazraj (the two main Arab tribes of Yathrib). By God, they are now gathering at Quba to meet a man who has today come from Makkah and who claims he is a Prophet.” I felt hot flushes as soon as I heard these words and I began to shiver so violently that I was afraid that I might fall on my master. I quickly got down from the tree and spoke to my master’s nephew. “What did you say? Repeat the news for me.”

My mastcr was very angry and gave me a terrible blow. “What does this matter to you? Go back to what you were doing,” he shouted.

That evening, I took some dates that I had gathered and went to the place where the Prophet had alighted. I went up to him and said:

“I have heard that you are a righteous man and that you have companions with you who are strangers and are in need. Here is something from me as sadaqah. I see that you are more deserving of it than others.”

The Prophet ordered his companions to eat but he himself did not eat of it.

I gathered some more dates and when the Prophet left Quba for Madinah I went to him and said: “I noticed that you did not eat of the sadaqah I gave. This however is a gift for you.” Of this gift of dates, both he and his companions ate.

The strict honesty of the Prophet was one of the characteristics that led Salman to believe in him and accept Islam.

Salman was released from slavery by the Prophet who paid his Jewish slave-owner a stipulated price and who himself planted an agreed number of date palms to secure his manumission. After accepting Islam, Salman would say when asked whose son he was:

“I am Salman, the son of Islam from the children of Adam.”

Salman was to play an important role in the struggles of the growing Muslim state. At the battle of Khandaq, he proved to be an innovator in military strategy. He suggested digging a ditch or khandaq around Madinah to keep the Quraysh army at bay. When Abu Sufyan, the leader of the Makkans, saw the ditch, he said, “This strategem has not been employed by the Arabs before.”

Salman became known as “Salman the Good”. He was a scholar who lived a rough and ascetic life. He had one cloak which he wore and on which he slept. He would not seek the shelter of a roof but stayed under a tree or against a wall. A man once said to him: “Shall I not build you a house in which to live?” “I have no need of a house,” he replied.

The man persisted and said, “I know the type of house that would suit you.” “Describe it to me,” said Salman.

“I shall build you a house which if you stand up in it, its roof will hurt your head and if you stretch your legs the wall will hurt them.”

Later, as a govenor of al-Mada’in (Ctesiphon) near Baghdad, Salman received a stipend of five thousand dirhams. This he would distribute as sadaqah. He lived from the work of his own hands. When some people came to Mada’in and saw him working in the palm groves, they said, “You are the amir here and your sustenance is guaranteed and you do this work!”

“I like to eat from the work of my own hands,” he replied. Salman however was not extreme in his asceticism. It is related that he once visited Abu ad-Dardaa with whom the Prophet had joined him in brotherhood. He found Abu adDardaa’s wife in a miserable state and he asked, “What is the matter with you.”

“Your brother has no need of anything in this world*” she replied.

When Abu ad-Dardaa came, he welcomed Salman and gave him food. Salman told him to eat but Abu adDardaa said, “I am fasting.”

“I swear to you that I shall not eat until you eat also.”

Salman spent the night there as well. During the night, Abu ad-Dardaa got up but Salman got hold of him and said:

In the morning, they prayed together and then went out to meet the Prophet, peace be upon him. The Prophet supported Salman in what he had said.

Salman, because of the influential household in which he grew up, might easily have been a major figure in the sprawling Persian Empire of his time. His search for truth however led him, even before the Prophet had appeared, to renounce a comfortable and affluent life and even to suffer the indignities of slavery. According to the most reliable account, he died in the year thirty five after the hijrah, during the caliphate of Uthman, at Ctesiphon.