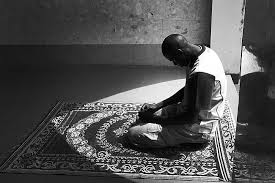 The obligatory five daily prayers were prescribed during the night the Prophet  ascended to the heavens, while the commands for the remaining acts of worship were revealed to the Prophet  on earth. This indicates the special status and importance of prayer as an act of worship.

• It is the only pillar of Islam that is repeated five times each day, and is never waived except for the woman during her menstrual period and post-partum bleeding.

• It is the one of the most virtuous deeds, and most beloved to Allah as the Prophet  said: “Know that the best of your deeds are your prayers, and only a true believer maintains the state of ablution.”[Ahmad]

• It is the backbone of one’s religion, and the coolness of the eyes of the righteous. The Prophet  said: “The most important of all matters is Islam, its spinal cord is prayer and the highest rank is Jihaad for the sake of Allah.” [Ahmad]

• It is an indication of Islam and belief, and preserves a person’s blood from being shed, Allah The Almighty Says (what means):{“But if they repent [by rejecting Shirk (polytheism) and accept Islamic Monotheism], perform Salaah and give Zakaat, then they are your brethren in religion”} [Quran, 9: 11]. 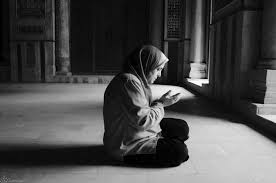 • It is a sign of honesty and frees a person from hypocrisy. The Prophet   said: “Whosoever prays forty days with the congregation, attending the initial (Allahu Akbar) of the prayer, will be free of two things: Hell Fire and hypocrisy.” [Ahmad]

• It is a command from Allah The Almighty, Who Says (what means): {“Guard strictly (five obligatory) As-Salawaat (the prayers) especially the middle Salaat (i.e. the best prayer – `Asr). And stand before Allah with obedience [and do not speak to others during the Salaat (prayers)].”} [Quran, 2: 238].

• It elevates a person’s ranks and expiates sins, as the Prophet said: “Tell me, if there is an overflowing river in front of the house of one of you in which he baths five times a day, will there remain any dirt on him? They said, ‘No dirt will remain on him’. He then said:“That is the example of the five daily obligatory prayers by which Allah erases sins.” [Al-Bukhaari and Muslim]

• It rescues from Hell, protects against danger, and enables a person to win Paradise. The Prophet  said: “The one who prays before sunrise (Fajr prayer) and before sun set (Asr prayer) will not enter Hell Fire.” [Muslim]

• It is a sign of success and victory, and an indication of being accepted. Allah The Almighty Says (what means): {“Successful indeed are the believers. Those who offer their Salaah (prayers) with all solemnity and full submissiveness.”} [Quran, 23: 1-2] and also {“And those who strictly guard their (five compulsory congregational) prayers (at their fixed stated hours). These are indeed the inheritors. Who shall inherit the Firdaws (Paradise). They shall dwell therein forever.”} [Quran, 23: 9-11]

• It is the provision on the way, relaxation for the soul, light for the heart, purification for the soul and a sign for salvation. The Prophet  said: “O Bilaal! Call the Iqaamah in order for our hearts to relax.”[Ahmad and Abu Daawood].

• It is a form of expressing appreciation and gratitude, as well as being a treasure full of the exaltation of Allah The Almighty and glorification and praise to Him. When the Prophet  was asked about the reason behind his excessive prayer, he  said: “Should I not be a thankful slave?” [Al-Bukhaari and Muslim]

• It protects against following desires, evil sins and cures from sicknesses, as Allah The Almighty Says (what means): {“Verily, Salaah prevents from Al-Fahshaa’ (i.e. great sins of every kind, unlawful sexual intercourse) and Al-Munkar (i.e. disbelief, polytheism, and every kind of evil wicked deed)”} [Quran, 29: 45]. The Prophet   said: “Pray the optional night prayer, because it is the way of righteous people before you, it brings you close to your Lord, prevents you from committing sins, expiates your sins and cures you from sicknesses.” [At-Tirmithi]