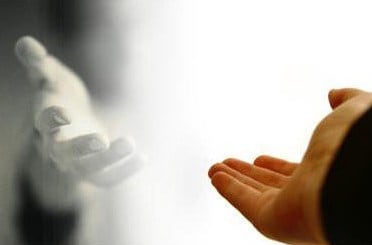 When defining one of its important aspects, Islam, it means complete submission to Allah by choice and conviction, not through seduction or compulsion. Islam accommodates and welcomes all people as brothers and sisters regardless of their distinctive/particular affiliations or backgrounds. The Islamic attitude towards the followers of other religions is not only to show tolerance towards their beliefs, but also to affirm a non-negotiable Islamic principle of tolerance and religious responsibility.

“There is no compulsion in [accepting] religion. The right course has become clear from error.”  (The Qur’an 2: 256)

In fact, Islam through the course of its history has granted the people of other faiths the highest degree of tolerance by allowing them to follow their way, although some of their practices might have been in conflict with the religion of the majority. It was this degree of tolerance that the Muslims adopted towards their non-Muslim citizens. 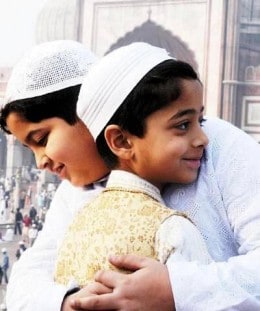 There is another aspect of this matter which cannot be found in the written laws, nor can it be enforced by courts or governments: it is the spirit of tolerance which underlies upright attitudes, benevolent dealings, respect for one’s neighbors, and all the sincere sentiments of piety, compassion, and courtesy. Execution and report of such attitudes are required of every Muslim and cannot be obtained through constitutional legislation or court jurisdiction. [1]

Many Qur’anic teachings have emphasized dealings with non-Muslims with justice and respect, especially those who live in peace with the Muslims and do not raise enmity against them.

“Allah does not forbid you concerning those who do not fight you because of religion and do not expel you from your homes from being righteous towards them and acting justly towards them. Indeed, Allah loves those who act justly.”  (The Qur’an 60:8)

“And they give food in spite of their love for it to the poor, the orphan, and the captive, [Saying]: We feed you only for the acceptance of Allah. We wish neither from you reward nor gratitude.”  (The Qur’an 76: 8,9)

Although Muslims might disagree with other ideological systems and religious dogmas, it should not prevent them from demonstrating the correct manner of discussion and interaction with non-Muslims:

“And do not argue with the People of the Scripture (Christians and Jews) except in a way that is best, except for those who commit injustice among them, and say we believe in that which has been revealed to us and revealed to you. And our God and your God is one; and we are Muslims [in submission] to Him.” (The Qur’an 29: 46)

In this context, it seems appropriate to raise the question: Is tolerance of other religions as preached by Islam a matter left to the Muslims to decide about? As a matter of fact, tolerance in Islam has ideological basis in the Qur’an and the teachings of Prophet Muhammad, and it is not subject to any human interference. Therefore, it is a constant Islamic principle that does not change over time or place. According to the Qur’an, every human being is to be honored as Allah has honored him/her:

“And we have certainly honored the children of Adam, and carried them on the land and sea and provided for them of the good things and preferred them over much of what We have created with [definite] preference.” (The Qur’an 17:70)

Islam is the final revelation of Allah the Almighty and it is the religion of universal truth for all mankind. All of its doctrines can withstand any challenge. Therefore, the existence of various religions–man-made or supposedly revealed religions–is only to allow the human intellect to choose. The following excerpts of the Qur’an emphasize these principles:

“And had your Lord willed, those on earth would have believed, all of them entirely. Then will you compel the people until they become believers?” (The Qur’an 10: 99)

Islam spread to all part of the world in order to transcend and elevate humanity above racism, ignorance, superstitions and injustice. Therefore, there was no need for forced conversion to the true religion of God. It is basically up to people to use the intellect with which God has bestowed them and make their choice. This is the reason as to why hundreds of thousands of people keep reverting to Islam as soon as they find out the truth about it. People embrace Islam by their own free will and without any seduction or compulsion. Many among them are scientists, politicians, lawyers, evangelists and even people of fame: Cat Stephen (now Yusuf Islam), the former famous pop singer; M. Hoffman, the German Ambassador to Morocco; who has recently written an eye-opening book titled, Islam is the Alternative; Morris Bucaille, the well known French scientist accepted Islam after his long research in science and religion that is summarized in his book, The Bible, The Qur’an and Science; Mr. Olson, the Danish Ambassador to Saudi Arabia who declared in a radio interview that : “If the people know the reality of Islam, millions will embrace it” [2] .Thelist of those who have sought the truth of Islam is too long to be mentioned here. It includes people from all walks of life.

In his article “When the Moors Ruled Spain”, Thomas J. Abercrombie (The National Geographic staff writer), revealed many facts about the contributions with which Muslims had presented the West. He also alluded to the justice of the Islamic rule and tolerance: where Jews, Christians and Muslims lived peacefully side by side for more that seven centuries. Then he shifted 180 degrees to talk in brief about atrocities committed by the Catholic Christians afterwards:

It was here, long after Alfonso VI that the first victims of a growing Christian bigotry perished at the stake. In 1469 Prince Ferdinand of Aragon wed Princess Isabella of Castile. While waging war against the Moors to the south, they would view as a threat the Muslims and Jews in their own lands. In 1480, they established the Spanish Inquisition. Before it was over, three centuries later, thousands of Muslims and Jews had died; an estimated three million people were driven into exile. Short of its leading businessmen, artists, agriculturalists, and scientists, Spain would soon find itself victim of its own cruelty. [3

Iriving (1973) in his book The Falcon of Spain, described the position of Christians and Jews under the tolerant Muslim rule as opposed to the savage intolerance by the Spanish rulers with the blessings of the Pope:

Side by side with the new rulers lived the Christians and Jews in peace. The latter, rich with commerce and industry, were content to let the memory of oppression by the priest-ridden Goths sleep, [Jews had been virtually eliminated from the Spanish Peninsula in the seventh century by the Christians.] now that the prime authors of it had disappeared. Learned in all the arts and sciences, cultured and tolerant, they were treated by the Moors [Muslims of Spain] with marked respect, and multiplied exceedingly all over Spain; and, like the Christian Spaniards under Moorish rule – who were called Mozarabes – had caused to thank their new masters for an era of prosperity such as they had never known before. [4]

Such kind of tolerance had marked the relationship between Muslims and Christians and Jews. Muslims gave people the opportunity to decide on their own. Gibbon (1823) stressed the fact that the Muslims of Spain abided by the teachings of Islam; they did not oppress the Christians and the Jews, but rather treated them with unparallel tolerance.

In times of tranquility and justice, the Christians have never been compelled to renounce the Gospel or to embrace the Qur’an. [5]

In Islam, injustice is regarded as one of the greatest sins. Therefore, oppressing people because they have different beliefs is rejected. Prophet Muhammad said: “The supplication of an oppressed person, even though he be a pagan, is heard (by Allah) directly, without any veil. [6]“