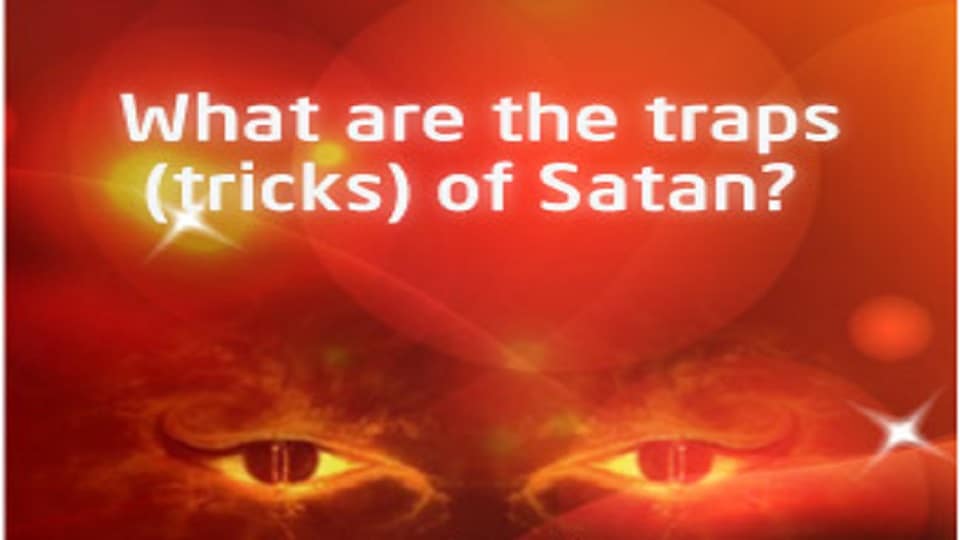 Those who come to Islam as a result of search, contemplation and determination, know that they have made the best and most significant decisions of their lives.

They did this by embracing the most complete and final religion!

{Today I have completed your religion for you, and I have perfected My favor on you…} [Al-Ma’idah:3].

Yet, some new converts fall into the traps of Satan and end up getting weak or leaving the religion for one reason or another. Let us take a look together.

Let us say you are new to Islam. Your first hurdle may be your family who has consumed the negative media propaganda about Islam which has filled their brain with negativity. Studies show that many such people have not even taken the time, like you have, to really understand what Islam is all about; otherwise, they would be in the very camp you are in now – Islam.

Yet, all they think about is Terrorism, negativity and oppression. They have not pondered on how these negativities were created and what caused such reactions. This has been exactly the plot of those determined to put out the light of Islam. Yet Allah assures us:

{They want to extinguish the light of Allah with their mouths, but Allah will perfect His light, although the disbelievers dislike it} [Aş-Şaf:8].

Humans get affected by pressure and strangeness. Those new to Islam may not know the promise of God who stressed above that they can never put out His light. But you did not know this, and you just got affected! Perhaps you did not know the awesome power of the Creator and that no one has ever been able to overcome Him and His ways in anyway.

What about your friends and colleagues? They fall into the same category as the person’s family; all uninformed and uninterested to investigate.

Other deterring factors may be the religious activities, like prayer, fasting, abstaining from the forbidden and separating oneself from the crowd that hinders you from staying on the right path.

Naturally these all have small or big effect on you. Let us now do a recap on why you accepted Islam as your new way of life!

Asides from marriage reasons, most scenarios involve conviction and certainty for this major step when a person converts. Was this not the case for you?

You may see the picture more clearly once I remind you that it is not just you who falls into hesitation and dilemma about your new path. There might be others like you. What is the main element: We may say with certainty that the accursed Satan has a lot to do with it!

All Muslims believe that everything in the Quran is the absolute truth from their Lord. So, when He warns us from the threat of Satan, we take it seriously! Let us refresh how Satan came to become humans’ worst enemy.

As you may remember after the creation of Adam, God asked all angels to bow down to Him. They did except Satan who was a different creation. He was proud and unwilling.

As we can see, Satan’s arrogance and pride was his first step to his downfall! This is a quality that all sincere Muslims must avoid at any cost. We see Satan’s end-result in the next verse:

God clearly detests the proud and since He created Satan which is from the creation called jinn, with free will and unlike angels, He would determine a prescribed time to give rewards and punishments to the obedient as well as disobedient.

God could have destroyed him right there and then we would all have been in a better place, but with His wisdom, God allowed him to linger till a determined time.

{(Iblis) said: “Since You have declared me astray, surely I will block for them Your Permanent Path} [al-A`raf:16].

Since Iblis (Satan) knew God’s promise is true and he now has time, he casted his next evil plot against humanity.

He not only was proud and arrogant, he was also fearless of God’s final punishment. He thus became an outcast and the biggest enemy of human beings.

{God said, ‘Get out! You are disgraced and banished! I swear I shall fill Hell with you and all who follow you!} [al-A`raf:18].

Such was the final stage of Satan’s disgraceful descent from Heaven to the Earth. Of course, he managed to deceive Adam and Eve to disobey God which also caused them to be cast out of Heaven.

Now, here we are, on earth and being bombarded by satanic forces from everywhere. In fact this has been the case right after Adam and his progeny established themselves on earth.

God, the Most Just and knowing of the evil plots of Satan, He sent messengers to humankind right from the beginning and ending with Muhammad, the messenger of Islam, to the entire mankind with the completed message.

Furthermore, God informs us that He has sent guidance to all humankind while Satan is casting his own evil plots against humans. This is our test’. [67: 1-2]

Once we realize that the short life on earth is a mere testing ground, then we become more conscious of good and evil and recognize that there are forces out there directly from Satan or his hosts as well as evil humans who are also affected by Satan. You will encounter these forces on your daily life without even being aware that you are being targeted.

Well, don’t despair, God has promised to protect the believers from Satan.

{When any evil suggestion from Satan touches those who fear God, they are instantly alerted and become watchful} [al-A`raf:202].

This is the core of what we are talking about here! If we have knowledge of our religion, we will recognize when satanic forces or thoughts are approaching and are alerted and able to quickly avert any harm.

How can we do that and how can we recognize Satan’s harm?

First of all, if we do not have sufficient knowledge of the religion, we are likely to fall into the trap of Satan and even justify our wrong actions, merely due to lack of knowledge which goes hand in hand with weak faith.

Secondly, if we surround ourselves with practicing Muslims, we are likely to have much more protection than if we hang out with former friends and non-Muslims who would strive to derail us from our new path. Our blessed Prophet has stressed the importance of Muslims living in the community of Muslims.

Thirdly, as hard as it may seem to make the transition from the fun, do all you want-world into a more conservative life style, we have to know it is the key to avoiding doubts and regression.

It may be difficult at first, but slowly you will find more peace when you stay away from the undesirable people, places and actions – especially if you attach yourself to practicing Muslims in your community. If there aren’t any, please seriously consider moving!

Remember, the world we live in is like a field that is full of thorny plants. Satan and his followers will try to seduce you and invite you to Evil and make it seemingly good. So having Taqwa (fear of Allah) in this world is lifting up your clothes and being careful, so that you would not touch this evil.

We ask Allah to make us of those of al-Muttaqeen (those who are conscious and fearful of Allah).

{O you who believe! Fear Allah (by doing all that He has ordered and by abstaining from all that He has forbidden) as He should be feared. [Obey Him, be thankful to Him, and remember Him always], and die not except in a state of Islam (as Muslims) with complete submission to Allah} [Aali Imran:102].