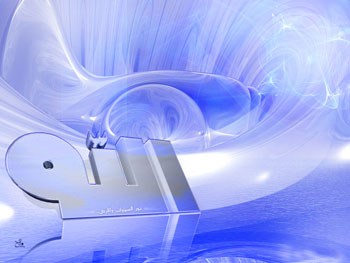 This is the first and foremost quality a believer must have. Being trustworthy implies being honest, fair in dealings and punctual (both in terms of regularity and timeliness) as well as honouring trusts and keeping promises and commitments. In other words,
trustworthiness is the quality of honouring and fulfilling at any cost all commitments a person makes whether made formally or informally, verbally or in writing, and whether they are expressed or implied.

Also, they cover all sorts of material, moral, social, political, religious and legal obligations and commitments a person needs to observe and fulfill. When talking about trusts, it includes all forms of trusts entrusted to a person ranging from physical assets or possessions to confidential matters of others, to exercising of voting rights, to providing expert input on the important issues of the society. Similarly, promises include all serious commitment and covenants as well as any impression of agreement given by a person tacitly, implicitly, through quietness or by implication to a family member, subordinate, friend or colleague.

Being known for trustworthiness is such an important personality trait for a Muslim that it cannot be overemphasized. Before our Prophet was even appointed as a messenger by Allaah SWT, he was well known for these qualities. It had become one of his distinguishing characteristics/qualities so much so that he was called Al-Ameen (trustworthy) — mentioning ‘the trustworthy’ was enough to identify our Prophet. Thus, this quality was so important that Allaah chose it to be the outstanding feature of His Last Messenger.

“Verily, Allaah does command you to render back your Trusts to whom they are due.” (An-Nisaa 4:58)

This verse is not only obligating us to honour, pay back and fulfill our trust, but also to ensure that they are given to whom they rightfully belong.

Similarly, one of the indications of people having Taqwa is that:

On fulfilling the promises and fairness in business, the Holy Qur-aan further instructs:

“Fulfill promises, because you will be held accountable for promises. Measure fully when you measure and weigh with a right balance (accurately). That is the most fitting and the best in the end.” (Banee-Israaeel 17:34-35)

For those who are not fair in their business practices, the Holy Qur-aan states:

“Cursed are the people who cheat in their business dealings – those who when receiving from others ensure full measure and weight, but when measuring or weighing to give, they cheat. Do not they realize they will be raised on a Big Day – the day the people will stand (to give their account) to the Lord of the universe?” (Al-Mutaffifeen 86:1-6)

In fact, prophet Shu’ayb was sent to reform a people who had adopted unfair business practices as their defacto way of operation. When they did not listen to Shu’ayb and refused to mend their ways, they were destroyed by Allaah SWT.

The criticality of a believer (Muslim) being trustworthy is well underscored by the report that there was hardly any address by the Messenger of Allaah, Sall Allaahu `alayhi wa sallam that did not include the following admonition:

“The person who is not trustworthy is devoid of Eemaan (Islamic faith) and the one who does not keep promises is devoid of Deen (Islamic lifestyle).” (Reported by Baihiqi in Shu’abul-eeman)

In fact, as indicated by the following Ahaadeeth, he described the person who breaks promises and betrays trusts as a hypocrite:

“There are four traits which whoever possesses is a pure hypocrite; and whoever has any one of them has a trait of hypocrisy, until he gets rid of it: When entrusted, he embezzles (cheats); when speaks, he lies; when promises, he reneges (breaks them); and, when quarrels, he abuses (uses foul language).” (Abdullaah Ibn Umar in Bukhaaree and Muslim)

From this you can see that a person cannot claim to be a Muslim without being trustworthy. The strong language suggesting that not honouring trusts and covenants is totally unacceptable to and completely at odds with Islamic faith continues in the following words of the Prophet Sall Allaahu `alayhi wa sallam:

“There can be no faith without Amaanah (trustworthiness, honesty), no Salaah (Islamic prayer) without Tahaarah (ritual purity, cleanliness and wudhoo), and no Deen without Salaah. Salaah has the same significance in Deen as head in human physique.” (Reported from Ibn Umar in Targheeb with reference to At-Tabaraani)

“A believer (Muslim) might have, being subject to the frailty of human nature, other bad traits but not dishonesty or lying.” (Reported by Ahmad and Baihiqi from Aboo Umaamah)

On the other hand, the believers who sincerely practice their faith, are given the good news like the following:

“You guarantee me consistent practice of six actions, I will guarantee you Jannah (Paradise): Be truthful when you speak, fulfill promises when you commit, pay up when you are entrusted, protect your private parts, lower your gaze (turn away from inappropriate sights), withhold your hands (from doing improper things).” (Reported by Baihiqi in Shu’abul-eeman from ‘Ubaadah Ibn Saamit)

“A truthful and honest businessman will be in the company of prophets, their sincerest companions and martyrs.” (Aboo Saeed in At-Tirmidzee, Ad-Daramee, and Ad-Daru-qutnee)

Following are some examples of Ahaadeeth that cover non-material aspects of trusts:

For the person who is given confidential information for seeking advice, the Messenger of Allaah, Sall Allaahu `alayhi wa sallam said:

“A consultant is a trustee”. (Aboo Hurairah in At-Tirmidzee)

“If someone tells you something, looking all around while talking, it is a trust.” (Reported by At-Tirmidzee and Aboo Dawood from Jaabir Ibn Abdullah)

“Proceedings of meetings are trusts unless the discussion is about illegal killing, illegal sex, or misappropriation of someone’s assets.” (Reported by Aboo Dawood from Jaabir Ibn Abdullah)

Hence, confidentiality must be maintained for whatever you are taken into confidence, unless the subject matter is a criminal or unislamic activity.

Similarly, promises must be fulfilled as if settling a debt:

“Promise is a debt.” (Reported by At-Tabaraani from ‘Ali and ‘Abdullaah Ibn Mas’ood)

As Islam regards it critical for Muslims to keep their express as well as implied promises, so much so that a person who is not careful in this regard may jeopardize his faith, Allaah SWT does not want practising Muslims to be put in unnecessary strait
either. Hence, Islam requires that people only have to go to a reasonable extent in fulfilling their promise:

“If a person promised to meet the other at a certain place and time, and one of them arrived but the other did not show up until the time of Salaah, the person who has been waiting can go to pray Salaah without incurring any sin.” (Reported by Razeen from Zaid Ibn Arqam, as quoted in Ma’ariful Hadeeth by Manzoor nu’maani)

Similarly, if a person has a sincere intention of fulfilling a promise but an emergency beyond one’s control precludes the person from doing so, the person will not be held accountable for such a promise. For example, a Muslim gives an indication to another to meet him but is so sick at the appointed time that he is not in a position to fulfill his obligation or gets into an accident that stops him from reaching their meeting place.

To provide for the situations that are completely out of a person’s control, Muslims have been suggested to append Inshaa Allaah when they make a promise. This is for three reasons: Firstly to underscore that our circumstances are not totally in our control but in Allaah’s control; secondly, to reassure each of the parties that each intends sincerely to fulfill the promise except for the possibility of something unforeseen happening beyond each party’s control because of Allaah’s will; and thirdly, it is an
implied duaa requesting Allaah to help the parties by not letting anything happen that will hamper the fulfillment of their promise.

Unfortunately, like many other bad things that have happened to Muslims, people have been misusing ‘Inshaa Allaah’ for cheating. They say it when they have no intention of fulfilling the promise. That is outright cheating which is being carried out by invoking Allaah’s Name to give a false pretence of promising. These people will be in deep trouble when Allaah holds them accountable for two crimes: cheating and breaking promises.

May Allaah help us become trustworthy.

by Ayub A. Hamid