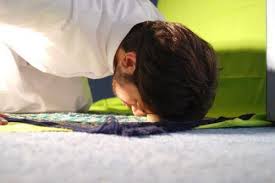 1. Must I still keep this vow I made before I became a Muslim?
2. If so, since I no longer remember what exactly I intended by the vow, how should I try to keep it.
3. Does marriage involve the making of promises to God and men, or does it only require a statement of intention? Would my vow prevent me from marrying?
Thank you

All perfect praise be to Allah, The Lord of the Worlds. I testify that there is none worthy of worship except Allah, and that Muhammad  is His Slave and Messenger.

We ask Allah The Almighty to reward you for being keen to embrace Islam and we congratulate you on the favor that Allah has bestowed upon you by guiding you to Islam.

However, we draw you attention to the fact that a Muslim should not take the matter of promising Allah The Almighty or promising people lightly, because this may lead him to neglect fulfilling his promises and thus fall under the dispraise mentioned in the following verse:

Allah The Almighty Says (what means): {And among them are those who made a covenant with Allah, [saying], “If He should give us from His bounty, we will surely spend in charity, and we will surely be among the righteous.” But when He gave them from His bounty, they were stingy with it and turned away while they refused. So He penalized them with hypocrisy in their hearts until the Day they will meet Him – because they failed Allah in what they promised Him and because they [habitually] used to lie.} [Quran 9:75-77]