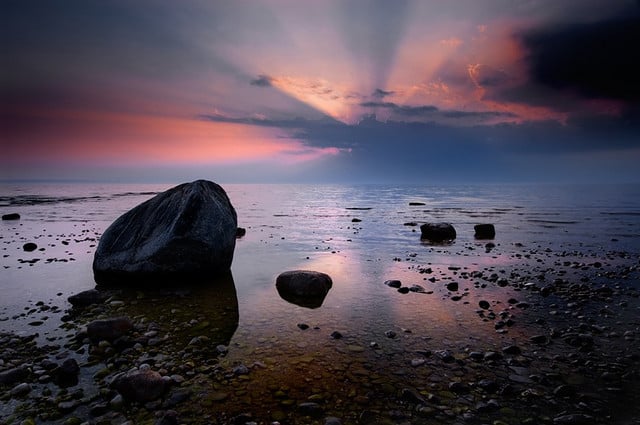 Ramadan is a level playing field wherein people compete with each other in good deeds and benevolence. During this blessed month, souls are trained in virtue and accustomed to dignity, they learn to disdain vices, sins and acquire all good attributes.

Whoever witnesses this month without gaining any of its rewards is indeed poor, and nothing cripples him other than negligence, laziness, procrastination, and false hopes.
However, what is appalling is to see some of those who were guided to do good deeds and take provisions from virtues during this month hastily destroying what they had built, and replacing good with evil. This is a gross mistake and shameful act in the true sense of the word and no remorse or apology will revoke it when you stand in front of your One Lord.
Bishr

was asked, ‘Did the Messenger of Allah

choose some special days (for fasting)?’ She replied, ‘No, but he used to be regular (constant) (in his service of worshipping).’ The Prophet

also never performed more than eleven Rak‘ahs (units of prayer) whether inRamadan or at any other time of the year.
We sincerely invite such people out of fear for them to reconsider their lifestyle and to review themselves and think about their condition before it is too late. We advise them not to allow appearances, their strength, health and youth to deceive them. That is because all of this is nothing but a mirage that one may see as water, but once he reaches it, he finds nothing. Health will be followed by sickness, youth will be followed by old age, and strength will eventually turn into weakness.
So, wake up and pay attention! Life is short even if it seems long, and happiness will end no matter how long it lasts.
Such people should know that perseverance and adherence to the right path as well as obedience to Allah The Almighty is one of the greatest signs of acceptance of one’s good deeds. Allah The Almighty Says (what means): {And worship your Lord until there comes to you the certainty (death).} [Quran 15:99]
Consequently, the souls should remain adherent to the right and guided path just as they were during the month of Ramadan. Guidance is not confined to certain times and acts of worship, and obedience to AllahThe Almighty is not limited to the month of Ramadan.
Al-Hasan Al-Basri

said, “Allah has not set an end for the believer’s work other than death.” Then he recited: {And worship your Lord until there comes to you the certainty ‎‎ (death).}[Quran 15:99] ‎
Indeed, Ramadan has ended but you still have several renewed seasons for worship. The five daily prayers are among the highest and best good deeds and prayer is the first thing about which one would be asked on the Day of Judgment when he stands in front of Allah The Almighty.
If the fast of Ramadan has ended, then you have the voluntary fasts and occasions such as the six days of Shawwal, Mondays and Thursdays, the white days, the tenth day of Muharram, the Day of ‘Arafah, and so on.
If the night prayer of Ramadan has ended, you should know that the night prayer can be offered every night: {They used to sleep but little of the night‎}[Quran 51:17]
If the time of Zakat Al-Fitr has ended, then there is the obligatory Zakah in addition to the countless ways of giving voluntary charity.
Dear Muslim brother, you should know that one of the attributes of the slaves of Allah The Almighty is that they perform their good deeds constantly, as Allah The Almighty Says (what means):
If you aspire to know how to save yourself from this trap and how to perform good deeds regularly, you have to do the following:
1-   You must be sincerely and strongly determined to do good deeds constantly under all circumstances and conditions. This requires keeping away from weakness and laziness. That is why the Prophet,

, said: “Do such deeds as you can do easily, as Allah will not get tired (of giving rewards) until you get bored and tired (of performing religious deeds).” [Al-Bukhari and Muslim]
You should remember that there are blessings in perseverance. For example, whoever reads a Juz’ (portion) of the Quran every day will read the whole Quran in one month, and whoever observes fast for three days every month will be rewarded as if he had observed fast throughout the whole year. Likewise, whoever observes twelve voluntary Rak‘ahs every day, Allah The Almighty will build a house for him in Paradise, and so on.
3-   You should know that it is unacceptable for whoever observes a good deed to abandon it. It was narrated that ‘Abdullah ibn ‘Amr ibn Al-‘Aas

said, “The Messenger of Allah,

, said to me: ‘O ‘Abdullah! Do not be like so-and-so; he used to get up at night (for voluntary prayer) but abandoned it later.” [Al-Bukhari and Muslim]
4-   Dear brother, remember what our righteous predecessors used to do. ‘Aa’ishah

said that whenever our beloved Prophet Muhammad,

, missed the night prayer because of illness or sleep, he would pray twelve Rak’ahs the next day.[Muslim]
The Prophet,

, also once missed ‘Itikaaf (staying in seclusion) and he made up for it in Shawwal. Abu Hurayrah, may Allah be pleased with him, said that the Messenger of Allah,

, said to Bilaal, may Allah be pleased with him: “‘O Bilal, tell me about the most hopeful act (i.e., one which you deem the most rewarding with Allah) you have done since you accepted Islam because I heard the sound of the steps of your shoes in front of me in Paradise.’ Bilaal

said, ‘I do not consider any act more hopeful than that whenever I make ablution (or take a bath) in any hour of the night or day, I would immediately perform prayer for as long as was destined for me to pray.’” [Al-Bukhari and Muslim]
However, the most amazing thing is what ‘Ali ibn Abi Talib,

, used to do in response to the advice of the Prophet,

, when he once visited him and found him sleeping with his wife Fatimah,

, (daughter of the Prophet,

said, “The Prophet, sallallahu ‘alayhi wa sallam, placed his leg between me and Fatimah

and taught us what to say when we go to bed, saying: ‘When you go to your bed recite thirty-three times Subhanallah (Glory be to Allah), thirty-three times Alhamdulillaah (All praise is for Allah), and thirty-four times Allah-u-Akbar (Allah is The Greatest).’ ‘Ali added ‘By Allah, I never left this practice for the rest of my life.’ A man asked him, ‘Even on the night of the Battle of Siffeen?’ He said, ‘Yes, I observed this even on the night of Siffeen.’”[Al-Hakim: Saheeh]
If you contemplate over this narration, you will be amazed at the keenness and persistence on doing good deeds even at times of war and bloodshed. None of these distracted him from implementing the advice of the Prophet,

, regarding what he should say upon going to bed. Such stories and narrations should make you persist in doing good deeds and attempting to imitate the righteous predecessors and following their path.