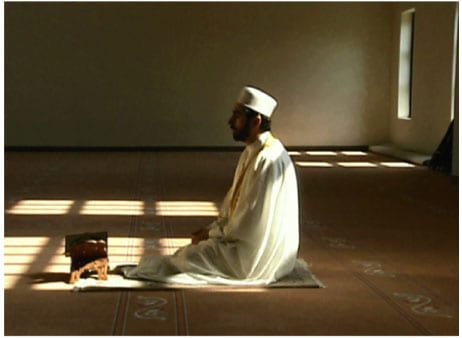 Islam is founded on the realization of the One Supreme God, a realization which necessarily leads to the observance of certain fundamental acts that are elaborated further by the religion. The following fundamentals are basic to Islam and provide a sound overview of the religion:

1. Iman (Faith)The literal meaning of Iman is to believe in or to have faith in something. That is, to accept Islam with conviction. This deep faith is attainable through realization alone. Hence it would be proper to say that faith is a discovery and that there is no discovery greater than the discovery of God.

2. Islam (Surrender to God)Islam means to submit or to surrender with a full realization of God. Man abandons his ego, his freedom, and surrenders himself before God completely. In all matters of life he obeys God’s commandments. He begins to lead a restrained life instead of a permissive one. This is what is called Islam.

3. Dhikr (Remembrance)Dhikr means to remember—in Islamic terminology it means to remember God. When man discovers God, the Creator, the Almighty, Who will reward as well as punish for our good and bad deeds, it is inevitable that the thought of God comes to dominate one’s mind. At all times and in all situations one remembers God. This remembrance is known as dhikr. When a person has reached this stage, this is a sure indication that he has found God with all His attributes.

4. Salat (Prayer)Salat means prayer. It forms the most important part of Islamic worship. It is obligatory for a Muslim to offer prayer five times a day. Besides this, Nafil (voluntary prayer) may be said at other times. The spirit of salah is khushu which means submission. Salat is intended to inculcate a deep sense of submission in a believer, which is expressed externally by his physical bowing in the postures of ruku and sajda.

5. Sawm (Fasting)The literal meaning of sawm is abstinence. Sawm is a form of worship which has to be observed annually, in the month of Ramadan. The outward form of sawm is abstinence from eating and drinking from morning till sunset. The inner state of sawm is renunciation of all things that God has forbidden, directly or indirectly. When a man fasts, observing all these aspects of fasting, spirituality is produced within him. He comes to experience closeness with God.

6. Zakat (alms-giving)Zakat means purity. This means that a man purifies his earnings by giving away one part of them in the path of God. In this way, zakat awakens the sense in man not to consider his earnings as his own possession, but a gift of God. Zakat is, in essence, a practical acknowledgement of God’s bounties. And this admission is no doubt the greatest form of worship.

7. Hajj (Pilgrimage)Hajj means pilgrimage. That is, visiting sacred places in Hijaz in the month of Zul Hijja in order to perform the annual worship of Hajj required of a believer once in a lifetime. Hajj is a symbol of Islamic unity. It is through Hajj that interaction takes place between Muslims on an international scale. Then it is also through Hajj that Muslims from all over the world are reminded of Abraham’s sacrifice. On the pilgrimage they also witness the historical places associated with the Prophet of Islam. In this way they return with a long-lasting inspiration, which continues to activate them to adhere to the path of God throughout their lives.

8. Dawah (Invocation)Dawah means to call, to invite. A Muslim who has received the message of God must do his utmost to communicate this message to other human beings. This dawah work in its nature is a prophetic task. The more one follows the way of the Prophet in the performance of this task, the greater the reward one will receive for it.

9. Jihad (Struggle)The literal meaning of jihad is to strive or to struggle. In the present world, most of the time one has to work for Islam in adverse circumstances. In such circumstances, working for religion through struggle and sacrifice is called jihad. This jihad involves struggling with one’s own self as well. Struggling to communicate the word of God to others is also jihad. In a similar way when any power commits aggression against Islam then, at that moment, rising in defense against that power too is jihad.

10. Sabr (Patience)Sabr means patience, for example, restraining oneself from any adverse reaction when faced with an unpleasant situation. On all such occasions, one must be able to offer a positive response instead of a negative one. This is essential. For, in this present world, unpleasant events set in motion by others have to be faced time and again. If one is invariably provoked on such occasions and reacts negatively, the desired personality will not develop in one. All the teachings of religion require a positive psychology. Therefore, one who loses patience will be able neither to imbibe religious instruction nor to pass it on to others.