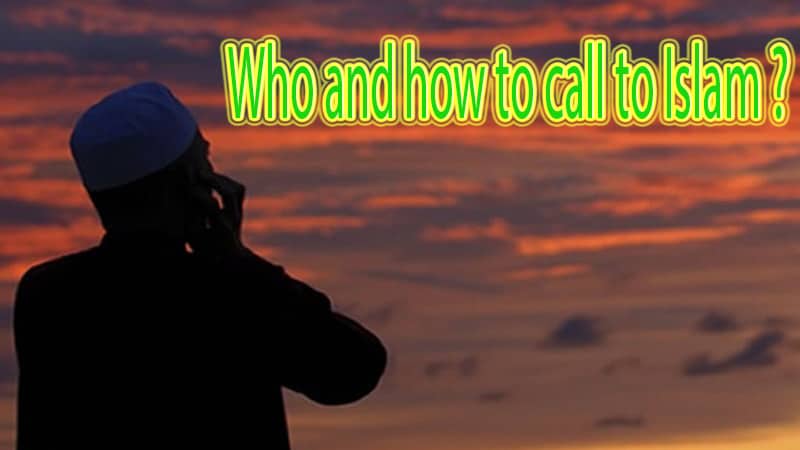 Islam is a universal way of life and therefore addresses the entire community. This flows firstly from the fact that Islam is the religion prescribed by Allah, the Almighty, to the whole of humanity. Secondly, Islam, being a complete code of life, providing clear-cut criteria for man’s activity in all domains of life, social, economical, political and ideological alike, possesses all-embracing characteristics. Hence it naturally captures the interest of the highly cultured and the less educated, the wealthy and the poor, the specialist and the layman, the intellectual and the ordinary.

An efficient and effective invitation of the general public and the relatively more gifted minds among the people in particular call for several important considerations which, in fact, require rigorous study.

First and foremost, the Muslim who wishes to carry the burden of his sublime mission, so that all those concerned may be properly enlightened through him about Islam, should have sufficient knowledge and correct understanding of the Quran and the Sunnah (Prophet’s tradition, sayings, practice, etc). Ideally, he should be aware of the relevant past experiences throughout the history of the Muslim Ummah (community). Further, he should possess a sufficient insight into human psychology. He also ought to be intelligent enough to adapt himself to various circumstances and identify and define the problems with which he is confronted.

More so today than in the past, the presentation of the message of Islam requires efficient planning, intelligent organization and thoughtful co-ordination of activities for the work to be lasting and productive. In order for this gigantic task to be fruitful, it should be backed up by state or state-like powerful organizations.

It must be pointed-out that Christian Missions in Africa and Asia are eliciting enormous support form the governments of their respective countries as well as private institutions. In addition to this, the tremendously wealthy churches implement their plans through their own missionary organizations.

The continuous flow of generous funds from Europe and America have enabled these Christian Missionaries to establish thousands of primary, secondary and high schools, fully equipped modern hospitals and cultural centers everywhere they could, even in major Muslim countries such as Egypt, Indonesia, Pakistan and Turkey.

The foregoing discussion should at least serve as a basis for comparison between what people on the other side of the fence have been doing and what we Muslims ought to do, but are a long way off doing it.

The scope of Islamic work involved in the field and the complexities of modern life imposed upon our societies have rendered individual efforts ineffective. The ideal of furthering the Islamic cause cannot possibly be realized by the efforts of part-time workers and untrained individuals with meager resources.

The fact that the work undertaken by some groups of Muslims has not scored success by any measure, ought to be attributed to an appalling lack of education, training and understanding of current problems as well as inadequate means and methods to approach the parties concerned, while the sincerity and devotion of the individuals involved in such groups deserves the praise.

The question ‘how and where to work’ must be answered realistically. There are two main areas where Islamic work needs to be carried out. Firstly, countries with predominantly Muslim populations, having long-established Islamic tradition. Secondly, countries having little or no Muslim populations, but possessing a high potential for ‘Islamization’.

It is a sad fact that many parts of the Muslim World today feel themselves deprived of Islamic culture and education by western colonization of the past or by damaging influences of alien cultures and ideologies, still persisting in Muslim lands.

Therefore, Muslim masses suffering from these setbacks must be “re-educated” in Islam and “regained” to the Muslim Ummah. Clearly, the process of “re-Islamization” of the Muslim peoples is a huge task. It entails facing considerable difficulties, moral and material.

In the primary stages, the great volume of “Da’wah” (calling to Islam) work must be concentrated in such Muslim countries, where the response to the Islamic Call and the chances of success are tremendously high. In many such countries, it is quite possible to organize all kinds of educational and social services in co-operation with the local residents, societies and institutions.

In places where “Da’wah” work is taken up for the first time, the nature of activities may differ substantially from those conducted in predominantly Muslim countries. It is necessary for those who would be directly involved in the “Da’wah” work to know the language, the habits, the beliefs, the nature, the needs and hobbies of the native people whom they want to address.
Informing and inviting others to Islam using argumentative methods, even if they are full of impressive evidences, prevents people from accepting the “Truth”. So the listeners should be spoken to politely, because the aim is not to defeat them in disputation. The real importance lies in the fact that you have won their hearts by displaying good attitude.

It is not enough to express and convey the methodology of Islam in word but it is essential to show one’s good-will and compassion by good deeds. It is narrated that not very long after the Battle of the Trench (Al-Kandaq), when the ‘Quraysh’ led the biggest military campaign against the Prophet  in Madeenah, the news reached the Prophet  that the people of Makkah were suffering from acute famine.

The state of belligerency between the Muslims and the ‘Quraysh’ was still at its peak. Notwithstanding the bitter animosity of the ‘Quraysh’ against the Muslims, the Prophet  ordered a train of camels loaded with wheat to be delivered to the hunger-stricken ‘Quraysh’. This uniquely noble gesture of the Prophet  must have touched sensitive chords in the hearts of the Makkans in their moments of agony and despair.

Quite often, deeds of this nature express more forcefully what words fail to convey. It is a strange irony that today several western countries are doing a lot of social work and are providing food, shelter, medical care and education to millions of Africans and Asians through dozen of international missionary organizations such as “Oxfam”, in England, and “Brot fiir die Welt”, in Germany, not to mention the International Red Cross Society and the like.

In the face of all that has been mentioned, it should be considered no less than a breach of duty towards Allah, the Almighty, not to ease the suffering of others.