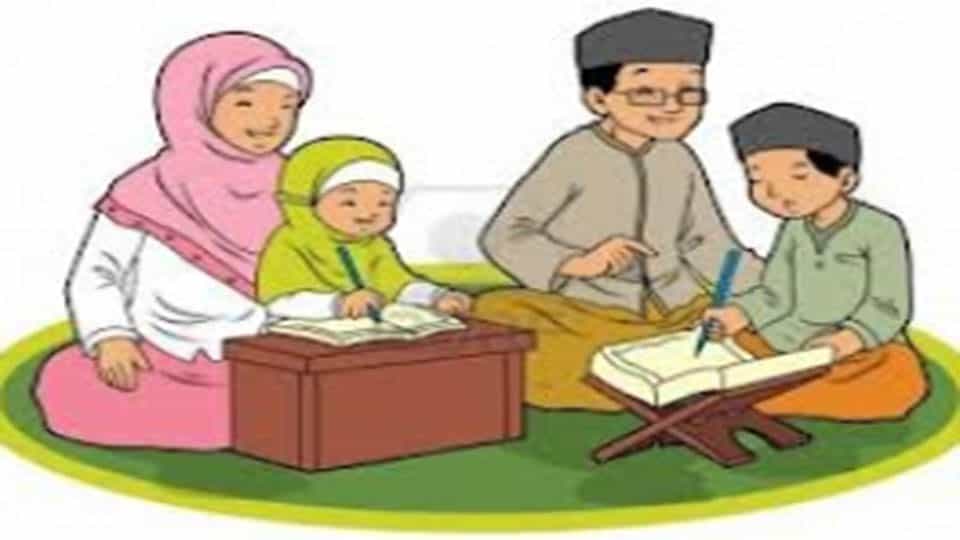 Dear Muslims, we have to face this huge conspiracy by reforming our homes, maintaining our families, and raising our children as Allaah The Exalted and His Messenger, sallallaahu ‘alayhi wa sallam, have commanded.
Second, I would like to warn against the perils of imitating the disbelievers and defiantly disobedient people, as copying such people is the essence of psychological defeat, and a sign of social degradation.
Ibn Khaldoon, the well-versed Muslim sociologist, said, “The defeated nation is fond of imitating the victorious one. Indeed, the Muslim nation is the nation of honor and praiseworthy pride; Allaah The Almighty Says (what means):“… And to Allaah belongs [all] honor, and to His Messenger, and to the believers, but the hypocrites do not know.” [Quran 63:8]”
Moreover, it was reported on the authority of Ibn ‘Umar, may Allaah be pleased with him, that the Prophet, sallallaahu ‘alayhi wa sallam, said: “Whoever imitates a people, becomes one of them.” [Abu Daawood] [Saheeh (Authentic)]
Muslims should follow in the footsteps of the Prophet, sallallaahu ‘alayhi wa sallam, and his Companions, may Allaah be pleased with them; one should imitate them and abide by their way of life. The disbelievers are degraded mean losers in this life and in the Hereafter, regardless of how ‘influential’ and ‘powerful’ they may seem. Allaah The Exalted Says (what means):{Be not deceived by the [uninhibited] movement of the disbelievers throughout the land. [It is but] a small enjoyment; then their [final] refuge is Hell, and wretched is the resting place. But those who feared their Lord will have gardens beneath which rivers flow, abiding eternally therein, as accommodation from Allaah. And that which is with Allaah is best for the righteous.} [Quran 3:196-198]
Dear Muslim, do not look at what disobedient people are enjoying of worldly pleasures such as wealth, happiness, and joy. Do not marvel at their traveling for trade and for earning a living, and then returning home safely to their families. Indeed, such pleasures are rather ephemeral and fleeting enjoyment for this transitory life, and then Hellfire will be their refuge and wretched is their destinat 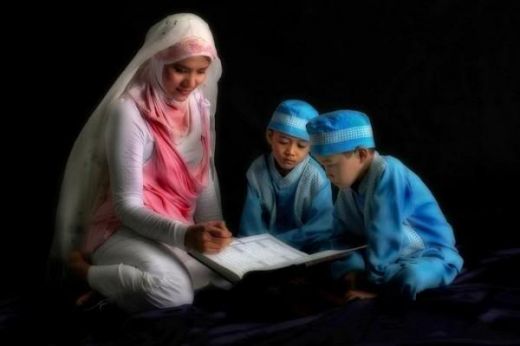 ion.
Conversely, pious Muslims, who fear Allaah The Exalted, are the ones who shall be granted gardens beneath which rivers flow, abiding eternally therein, as accommodation from Allaah. The pleasures, rewards, and contentment that Allaah The Exalted will grant the righteous, who are dutiful to their parents and children,
are much greater.
Certainly, the Muslim nation should imitate the righteous allies of Allaah The Exalted; as Allaah The Exalted Says (what means):{And that was Our [conclusive] argument which We gave Abraham against his people. We raise by degrees whom We will. Indeed, your Lord is Wise and Knowing. And We gave to Abraham, Isaac and Jacob – all [of them] We guided. And Noah, We guided before; and among his descendants, David and Solomon and Job and Joseph and Moses and Aaron. Thus do We reward the doers of good. And Zechariah and John and Jesus and Elias – and all were of the righteous. And Ishmael and Elisha and Jonah and Lot – and all [of them] We preferred over the worlds. And [some] among their fathers and their descendants and their brothers – and We chose them and We guided them to a straight path. That is the guidance of Allaah by which He guides whomever He wills of His servants. But if they had associated others with Allaah, then worthless for them would be whatever they were doing. Those are the ones to whom We gave the Scripture and authority and prophethood. But if the disbelievers deny it, then We have entrusted it to a people who are not therein disbelievers. Those are the ones whom Allaah has guided, so from their guidance take an example. Say, “I ask of you for this message no payment. It is not but a reminder for the worlds.”} [Quran 6:83-90]
Were the Muslims to implement that and hold on to Islam, they would be in control and would have the power and means to achieve their aims and attain praiseworthy pride and glory, Allaah willing.
Third, Muslims should bear in mind that Muslim homes are schools to raise righteous Muslim generations. Indeed, Muslim homes are the school from which scholars, callers to Allaah The Exalted, and those who strive for the cause of Allaah The Almighty would graduate. Therefore, we should assign a great deal of care and attention to Muslim homes so as to generate a pious and righteous Muslim generation who will restore the lost praiseworthy pride and glory of this great nation.
Finally, I beseech Allaah The Exalted in supplication with His most Beautiful Names, and His Sublime Attributes, to guide the nation to the right path, to support His religion, to elevate His Word, to grant His Allies praiseworthy pride, to humiliate His enemies, and to render among this nation those who would enjoin good and forbid evil. Furthermore, I ask Allaah The Almighty to reform our homes and families, Help us raise our children properly so as to be righteous Muslims. Indeed, Allaah The Exalted Is over all things Competent. I ask Allaah The Exalted to bestow upon His Messenger His blessings and grant him peace along with his family and Companions.