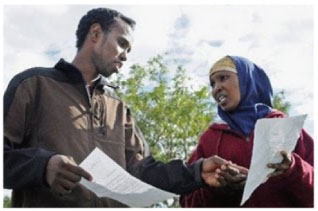 Polygamy has been practiced by mankind for thousands of years.  Many of the ancient Israelites were polygamous, some having hundreds of wives.  King Solomon is said to have had seven hundred wives and three hundred concubines.  His father, David had ninety-nine, and Jacob, from whom the tribes of Israel descended, had four[1].  Advice has been given by some Jewish wise men stating that no man should marry more than four wives.

No early society put any restrictions on the number of wives or put any conditions about how they were to be treated.  Jesus, himself, was not known to have spoken against polygamy.  As recently as the 17th century, polygamy was practiced and accepted by some sects of the Christian Church.  The Mormons (Church of Jesus Christ of the Latter Day Saints) have allowed and practice polygamy in the United States, even today.

Monogamy was introduced into Christianity at the time of Paul when many revisions took place in Christianity.  This was done in order that the church conform to the dominant Greco-Roman culture where men were monogamous but owned many slaves, who were free for them to use: in other another word, they as good as practiced unrestricted polygamy[2].
Early Christians invented ideas that women were “full of sin” and man was better off to “never marry.”  Since this would spell the end of mankind if put into practice, these same people compromised and said “marry only one.”Many times in the American society when relations are strained, the husband simply deserts his wife.  He may then cohabit with a prostitute or with another immoral woman without going through the legalizing ritual of marriage.  Women sometimes do the complementary act, deserting their husbands and then living with a new partner in an immoral relationship.  More common, however, is the practice of ‘living together’ immorally before marriage, possibly trying out several partners before settling on someone to marry.

Actually there are three kinds of polygamy practiced in Western societies:
(1)  Serial polygamy, that is; marriage, divorce, marriage, divorce and so on any number of times;
(2)  A man married to one woman but having and supporting one or more mistresses;
(3)  An unmarried man having a number of mistresses.  Islam condones but discourages the first and forbids the other two.
Wars cause the number of women to greatly exceed the number of men.  In a monogamous society these women, left without husbands or support, resort to prostitution, illicit relationships with married men resulting in illegitimate children with no responsibility for them being taken on the part of the father, or lonely spinsterhood or widowhood.

Some Western men take the position that monogamy protects the rights of women.  But are these men really concerned about the rights of women?  Society has many practices that exploit and suppress women, and this is what has lead to the formation of women’s liberation movements, from the suffragettes of the early twentieth century to the feminists of today, and which still drive these movements to continue their campaigns for equal treatment socially, as well as before the law.

The truth of the matter is that monogamy protects men, allowing them to “play around” without responsibility.  Easy birth control and easy legal abortion has opened the door for illicit sex to women and she has been lured into the so-called sexual revolution.  But she is still the one who suffers the trauma of abortion and the side effects of birth control methods.

Taking aside the plagues of venereal disease, herpes and AIDS, the male continues to enjoy himself free of worry.  Men are the ones protected by monogamy while women continue to be victims of men’s desires.  Polygamy is very much opposed by the male dominated society because it would force men to face up to responsibility and fidelity.  It would force them to take responsibility for their polygamous inclinations and would protect and provide for women and children.

Among all the polygamous societies in history there were none that limited the number of wives.  All of the relationships were unrestricted.  In Islam, the regulations concerning polygamy limit the number of wives a man can have while making him responsible for all of the women involved.
“If you fear that you will not deal fairly by the orphans, marry of the women, who seem good to you, two or three or four; but if you fear that you shall not be able to deal justly with them, then only one or one that your right hands possess.  That will be more suitable, to prevent you from doing injustice.” (Quran 4:3)
This verse from the Quran allows a man to marry more than one woman but only if he can deal justly with them.
“You will never be able to do perfect justice between wives even if it is your ardent desire, so do not incline too much to one of them (by giving her more of your time and provision) so as to leave the other hanging (i.e. neither divorced nor married).” (Quran 4:129)

The Prophet, may the mercy and blessings of God be upon him, was given inspiration from God about how to deal with multiple marriages and the difficulties encountered therein.  It is not an easy matter for a man to handle two wives, two families, and two households and still be just between the two.  No man of reasonable intelligence would enter into this situation without a great deal of thought.
The bottom line in the marriage relationship is good morality and happiness, creating a just and cohesive society where the needs of men and women are well taken care of.  The present Western society, which permits free sex between consenting adults, has given rise to an abundance of irresponsible sexual relationships, an abundance of “fatherless” children, and many unmarried teenage mothers; all of them becoming a burden on the country’s welfare system.  In part, it is such an undesirable welfare burden that has given rise to bloated budget deficits which even an economically powerful country like the United States cannot accommodate.  Bloated budget deficits have become a political football which is affecting the political system of the United States.

In short, we find that artificially created monogamy has become a factor in ruining the family structure, and the social, economic and political systems of the country.
It must be a prophet, and indeed, it was the Prophet Muhammad, who directed Muslims to get married or observe patience until one gets married.  Abdullah b. Mas’ud reported God’s Messenger as saying:
“Young men, those of you who can support a wife should marry, for it keeps you from looking at strange women and preserves you from immorality; but those who cannot should devote themselves to fasting, for it is a means of suppressing sexual desire.” (Saheeh Al-Bukhari, Saheeh Muslim)

Islam wants people to be married and to develop a good family structure.  Also, Islam also realizes the requirements of the society and the individual where polygamy can be the solution to many problems.  Therefore, Islam has allowed polygamy, but has limited the number of wives to four.

In the Muslim societies of our times, polygamy is not frequently practiced despite legal permission in many countries.  It appears that males without recourse to limited, responsible polygamy are, in contrast, frequently polygamous in an unregulated way, getting away with not taking responsibility for the families they should be responsible for.
(In this article, polygamy has been used to mean polygyny meaning having two or more wives.  Islam forbids polyandry, meaning having two or more husbands.)

——————————————————
Footnotes:
[1] For a detailed list of biblical figures who practiced polygamy, you may visit: (http://www.biblicalpolygamy.com/).
[2] “About the only important peoples of ancient times that showed little or no traces of it [(polygamy)] were the Greeks and the Romans.  Nevertheless, concubinage, which may be regarded as a higher form of polygamy, or at least as nearer to pure monogamy, was for many centuries recognized by the customs and even by the legislation of these two nations.”  The Catholic Encyclopedia: (http://www.newadvent.org/cathen/09693a.htm)