A relaxing read to understand why the first seven years of your child’s life should be the funnest for you! Play with your child to stimulate growth and development! 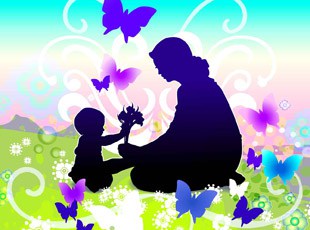 Parenthood is such a bizarre world for many that any sense of logic or traces of sanity vanish in the blink of an eye. It’s true that children are blessings, yet they are blessings with a lot of baggage – financially, emotionally, physically, and spiritually. It’s normal for new parents, in the rare quiet moments when the baby is asleep – to have a little spark of regret ignited, with memories of the care-free, rather irresponsible life they used to live.

It should not all be that stressful though. New parents tend to get ahead of themselves – always modeling and re-modeling themselves to be The Perfect Parents. There is no such thing as The Perfect Parent, let alone a couple. However, parenting a new-born is actually the easiest and funnest phase of parenting.

In a general three-step guide to bringing up children, Prophet Muhammad advised that for the first seven years of their life, parents are to play with their children, for the next seven (until the age of 14) to teach them, and from the age of 14 to 21, to be their friend.

Playing with children does sound a lot easier than the other two!

There is nothing like the sound of a happy child; laughter brings smiles to everyone, especially an anxious parent who wishes to please. However, playing with a child does not mean tickling her until she turns blue in the face – there are all sorts of play-times for different times of the day, places and all with different tools and toys.

Play-time according to schedule

Children thrive on schedules – having a schedule builds confidence in them as it lets them know what to expect next. Schedules instill discipline in a non-threatening manner and with the right segments of the day, allocated to play-time, parents and their children will find that they respond well to each other and find the best results from the session.

Babies, for example, are bright-eyed and bushy-tailed after their morning nap. They are also hungry. After being fed their lunch or a light snack, they are normally bursting with energy. Cuing in on this signal, parents may enjoy some rowdy play with their baby. Singing and dancing are fun; pushing her around in a go-cart can also ignite giggles; bouncy games and horsy-back rides strengthens the bond between parents and child.

Tuning down play towards bed-time is also important. Too much roughhousing can cause over-stimulation and lead to tears, if not tantrums, before settling down for the night. This is the same for day-time naps. Quiet games such as lullaby singing or picture book reading will provide signals to a young child that it is time to rest. A child is happy enough to settle down for even a quick siesta or the night. Parents are happy too; there is no need for an outburst of giggles just to please yourself or your toddler throughout the day.

Low-key playtimes are also useful to soothe a restless, fussy or upset child. Children’s temperaments change like the clouds and parents sometimes react to them in such a brusque manner that young children may suddenly decide that everything is wrong and nothing will work out for them ever again.

Playing quietly is a way of giving both parent and child a time-out – a quiet time to reflect, relax and get a grasp on the situation that brought them there in the first place.

Toy manufacturers such as Lamaze and Fisher-Price have a full range of stimulating toys that parents salivate over. Many parents believe that these invaluable objects of desire – bright and / or noisy – will bring enough joy to their child to outlast those hormonal teenage years.

It is true that many developmental toys are beneficial to babies and young children. Bright colours and rattles stimulate young babies by discovering sights and sounds. Different textures are also interesting to touch.

As children grow up, they move on to building blocks, jigsaw puzzles, Lego, bears, dolls, cars and many more other toys.

Having said that, yes, toys can stimulate your child’s development but they only last for so long. Children outgrow toys the way they outgrow clothes. They grow bored of the same mechanical songs or touchy-feely books after a certain age.

On the other hand, toys that are too advanced for young children can lead to great amounts of stress. Especially in the early years when eagerness is at its height, there will be a time when your child will want to do everything herself. Not being able to figure out a puzzle or blow into the trumpet for the same sound you make can be extremely frustrating for her.

Therefore, rather than spending a bundle expensive toys that will end up in the attic, adopt unstructured play – it is spontaneous and fun and costs a whole lot less.

Allowing your child unstructured play, allows her to explore her imagination. For the first seven years of life, a child is at his most creative. Children know not the existence of logic. Elephants can be pink, flowers are taller than houses, animals can talk and everyone can fly.

Dish out a box of crayons and draw out a story together. Then run along into the garden later and act out the story using the ladybugs and butterflies as your main characters.

A simple cardboard box can be washing machine, a house, a car or a time-travel machine.

Unstructured play lets children build confidence and form opinions of their own. Listen to your child as he narrates his adventures or reads you his own story to you and you would probably be surprised at what you hear.

Find your child a buddy – socialising skills are important 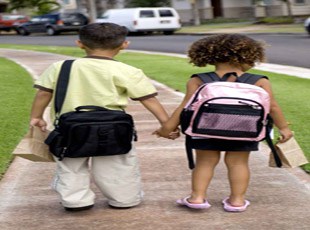 Playing is the first step to successfully integrating your child into a social circle. Some children are friendlier that others while the introverts would require more coaxing to join in the fun. Eventually though children do learn to play with friends.

Playing with peers spurs growth and development, even if the child is still too young and only interacts through parallel play – playing alongside each other, rather than with each other. By mixing with comrades at an early age, parents find that children learn to share, communicate, become independent, and learn patience, a little quicker.

Naturally, playing can lead to fighting, but that is another social skill that children learn to acquire. Fight-play leads your child to learn about more emotions such as frustration and anger, and in time he will also learn to cope with similar stressful situations. This helps immensely when the child begins to attend school and Mummy or Daddy is no longer around to tell her that everything is going to be all right – she has to work it out on her own.

It is rather unrealistic for a parent spend every free waking moment of the day playing with their children – the house has to be cleaned, groceries have to be bought, meals have to be cooked and the car has to washed.

Incorporating play into these mundane chores can allow you to get the job done, in a fun way. Children love to imitate parents. For example, helping around the house can be fun when everyone is doing it. Tidying up and stacking toys into the toy box gives the child a sense of responsibility. Making meals together are fun too, even though theirs are plastic and inedible.

Child is happy, everyone is happy 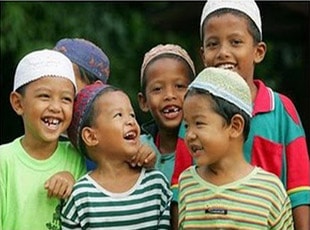 It is not easy being a parent, especially one who wants to be perfect. However, raising children can really be fun, especially when it’s before the years of homework and peer pressure. Playing with children below the age of seven, helps them grow into creative and unique individuals. They also become confident, communicate well and have positive attitudes towards life.

Once a happy child is running around the house, with few tantrums or sulking sprees, parents are also allowed to relax and enjoy their time as the imperfect parent.