We have in the life of Prophet Muhammad (peace be upon him) many good examples to study and follow in many aspects of our lives. The longer we study the various aspects of his life, the more we will reap the benefits. 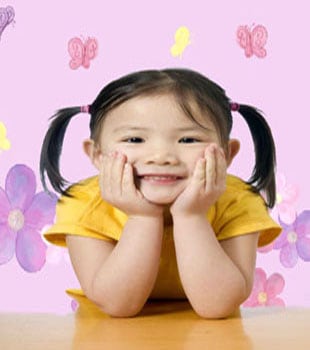 We will learn what will benefit ourselves today as well as those who will come after us in the future. Allah says: “Indeed, you have in Allah’s Messenger the best example of conduct for those who place their hopes in Allah and the Last Day.”

We can benefit from the Prophet’s example when it comes to raising our children. If we emulate our Prophet (peace be upon him) in the way he cared for children, we will, by Allah’s grace, be successful in raising our own.

We can see how the Prophet (peace be upon him) treated him as he would treat an adult. He offered him the condolences that would be given to a full grown man. He did not patronize him. He informed him of what happened immediately.

We need to give more credit to the minds of our children. We should not underestimate their intelligence. We must hold them in esteem and respect their feelings and teach them in turn to have respect for others. This allows the children to develop intellectually and socially.

It is critical that we make our children accustomed to handling responsibility. Too many of us today, adults as well as children, have a tendency to shirk our responsibilities and place our burdens on others.

To prevent this, those of us who raise children must first of all help them to think positively about themselves. This will make it easier for them to handle responsibility as they get older. The Prophet (peace be upon him) took great pains to develop the character of the young people around him. Once, when the Prophet (peace be upon him) was seated, he was offered something to drink. He took it and drank from it. Seated to his right was a young boy and to his left were a number of elderly men. Since service was traditionally to the right, he turned to the boy and said: “Will you permit me to offer the drink to them first?” [Sahîh Muslim]

This is how a child learns manners. It is also how he develops strength of personality and a keener intellect instead of a negative outlook and poor self opinion.

We must be just in our dealings with our children. Justice is of utmost importance to provide the child with a sense of stability. It prevents children from being jealous of one another and prevents undesirable competition between them for favor. Injustice can occur in such minor matters as kissing one child more than another or smiling at him more or giving him preference in food and clothing. 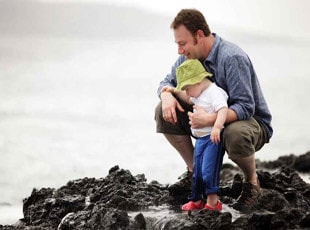 We must be cordial and sometimes even playful with our children. They need merriment and play in their life within the confines of what is Islamically lawful. We should not go overboard with our play and affection so that the children become dependent upon coddling. However, we must not be so reserved as to deny the children their very natural need for affection and play. Denial of this need makes children introverted and fearful of others.

Children should not be denied the right to play and have fun. Play invigorates and enlivens children as long as it is allowed within reasonable limits. It allows their personalities to form properly and encourages their emotional development.

We must strive to bring up our children for the pleasure of Allah and not just so our child can be better than others. We must encourage good behavior in our children whenever they exhibit it. Merely lecturing them is not the most effective approach. What is required is to speak to them a good word and then to be a living example for them.

This fact was fully understood by the Prophet’s Companions. One Companion relates that another Companion Wâ’il b. Mas`ûd, used to preach to them once every Thursday. A man said to him that they wish he would speak to them every day. Wâ’il replied: “I only refrain from doing so because I would hate to bore you. I give you reminders the way that the Prophet (peace be upon him) used to do so with us in moderation so that we would not grow weary.” [Sahîh al-Bukhârî and Sahîh Muslim]

I will conclude with the following advice given to the caliph Mu`âwiyah by one of his advisors: Once Mu`âwiyah became angry with his son Yazîd, so he shunned him. Al-Ahnaf observed, so he said to him: “O Commander of the Faithful, our children are the fruits of our hearts and the pillars who support us. We are to them as the sky overhead and the ground below their feet. If they grow angry, placate them and if they ask of you, give them. Do not be an obstacle in their lives so they loathe your existence and wish for your demise.”