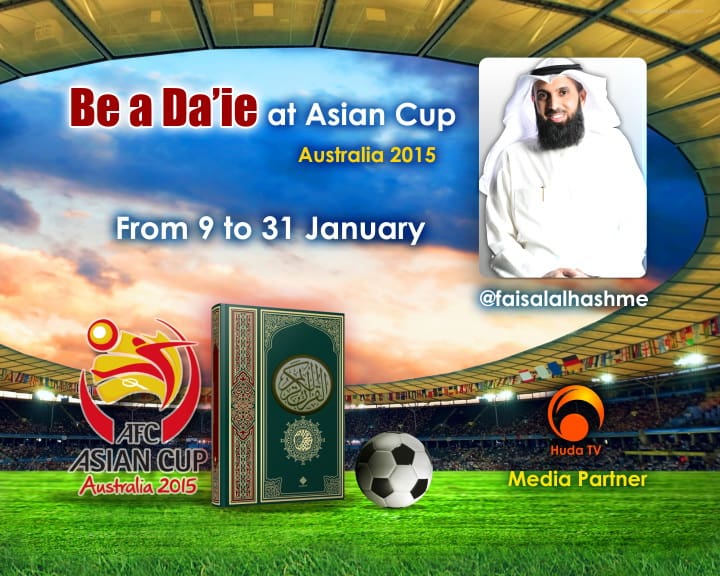 Shaikh. Faisal Al-Hashimi is a Kuwaiti Muslim Activist who leads seasonal campaigns for introducing Islam on international events. The campaign aims at providing modern techniques for Islamic preaching, whereby Muslim scholars and callers leave their traditional roles in mosques and take Islam to international gatherings where millions of soccer fans from different backgrounds and age groups get together for entertainment and cheer.

In January 2015, the campaign is moving to the Asian Cup in Australia to talk to people on what Islam really is and distribute around printed materials in different languages. Huda TV will be the Media partner of the campaign and will bring live coverage of its daily activities at the 2015 Asian Cup from Australia.