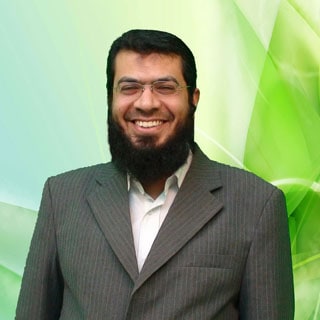 Dr. Muhammad Said currently works as a lecturer at the Dept. of Islamic Studies in English, Al-Azhar University and as the academic advisor of the English Division of the Shair’ah Academy

He obtained his Ph.D. from Al-Azhar University in 2007 in Hadith
His Master’s was on Hadith Textual Criticism in Muslim and Modern Western Studies.
He obtained his BA from Al-Azhar University in 1995 and was graded the first of his colleagues. He acquired his BA in Excellent with Honors degree.
All his elementary, prep and secondary education was conducted in Al-Azhar

He speaks Arabic as the native tongue, English and German
He obtained Ijazah in reciting the Qur’an in accordance with the Hafs mode of recitation.

He worked as Imam in California USA for four years
He works at the Department of Islamic Studies in English at Al-Azhar University since 1989.
He is a regular speaker at Huda TV, an English speaking Islamic Channel