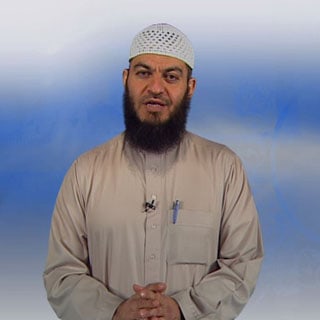 Haitham al-Haddad is a London-based Islamic Scholar and Muslim community leader. He was born and raised in Saudi Arabia and is of Palestinian origin. Shaykh Haitham sits on the board of advisors for a number of Islamic organizations in the United Kingdom including the Islamic Sharia Council and currently holds the position of chair and operations advisor for the Muslim Research and Development Foundation. He has studied Islamic sciences under the tutelage of various scholars.

Shaykh Haitham holds a BSc Honours in Law and Sharia from Omdurman University in Khartoum, Sudan. He also holds a Bsc in Computer Science from King Fahd University of Petroleum and Minerals (Saudi Arabia) and is currently reading his PHD in Islamic Law at SOAS in London. Shaykh Haitham is qualified to deliver religious verdicts with a specialism in Islamic Jurisprudence and its principles, Islamic law and Islamic finance. The Shaykh is also one of the trustees for MRDF.
Sheikh Haitham al-Haddad looks at the recent controversy surrounding the burqa or niqab and responds to those who call for it to be banned. The Sheikh advices Muslims how to respond to the media onslaught according to the Quranic methodology. – The definition of the burqa or niqaab. – The evidences from the Quran for the burqa. – The danger is interpreting the Quran without the guidance of the sunnah. – The media onslaught against the burqaa. – The Quranic methodology in refuting attacks against Islam. – The dangers of the modernist approach.