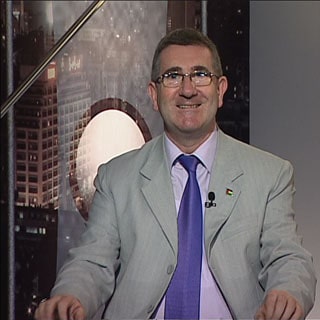 Idris Tawfiq has a degree in English language and Literature from the University of Manchester and a degree in Sacred Theology from the Pontifical University of Saint Thomas Aquinas in Rome. For many years he was Head of Religious Studies in different schools in England and Wales and has much experience of teaching, both in the UK and Egypt. Before embracing Islam, Idris was a Roman Catholic priest.

Idris Tawfiq is much in demand as a speaker, and he travels extensively to this end. His style of speaking is both simple and very gentle, touching hearts, as well as causing people to think. Idris points out that he is not an Islamic scholar, as such, but rather has a way of explaining things about Islam in a very simple way. He has considerable experience in leading retreats and In-Service training for both students and adults. He uses this vast experience of dealing with ordinary people and explaining matters of faith to them to enliven his writing and style of speaking, making them both interesting and easy to understand. He tries to explain Islam to those in the West who are not Muslim.
As a writer, Idris Tawfiq has written for newspapers and periodicals in the United Kingdom and is now a regular contributor and Consultant to www.islamonline.net and www.readingislam.com. He writes every Tuesday in Egyptian Mail, Egypt’s oldest English-language newspaper, and every Friday in Sawt Al-Azhar, the newspaper of Al-Azhar University. He is the author of the following books:
•     Gardens of Delight: a simple introduction to Islam
•     Talking to Young Muslims
•     Talking to New Muslims
•     Talking to Muslims in the West
•     Talking About Ramadan
•     Calling Others to Islam
•     Talking About Other faiths
•     Looking for Peace in the Land of the Prophets
Travelling all over the globe, Idris speaks about Islam both to groups and on television and radio. You can watch him every week in a show on Huda TV, called “Let’s Talk.” The programme goes out every Wednesday at 18:00 GMT and you can also watch it on your computer via Live Streaming.
As a Muslim, Idris Tawfiq has a deep love for the Arab world. Stories and characters from Cairo and the Arab world often find their way into his writing. After a while as Director of the Post Graduate Research Centre at Al-Fatih Islamic Institute in Damascus, Idris Tawfiq now lives in Egypt. Often asked why he chooses the Middle East as a base from which to speak to people in the West about Islam, rather than living in London, Idris says that the culture and the people of that region  are a fertile source of inspiration for him. He now divides his time between his home in Egypt and his travels around the world.
Although very busy, Idris tries to send a personal reply to all those who write to him, and he tries to respond positively to all those who invite him to speak.