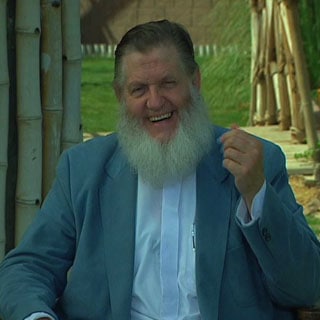 Yusuf Estes, born 1 January 1944 in Ohio, grew up in Texas), is an American convert to Islam and former National Muslim Chaplain for the United States Bureau of Prisons and Delegate to the United Nations World Peace Conference for Religious Leaders.
Yusuf Estes was brought up in Houston in a Protestant Christian family; members of the Disciples of Christ.

From 1962 to 1990, his career was in the music industry, entertainment, marketing, as a music instructor and music minister and owned several musical instrument companies including the Estes Piano and Organ Company. He produced and directed live entertainment programs throughout the United States from the mid 1960’s until his last endeavor for cable TV in Florida, entitled ‘Estes Music Jamboree’.
In 1991, Estes had business dealings with a Muslim named Mohamed Abdulrahman from Egypt. In trying to preach Christianity to Mohammed, Skip Estes learned about the religion of Islam first-hand and then converted to Islam. He has since pursued Arabic language and Qur’anic studies in Egypt, Morocco, and Turkey.
Since 2004, Yusuf Estes has been regularly appearing on Islam Channel in the UK, as well as Peace TV and on Huda TV which are 24/7 Islamic channels broadcasting in many countries around the globe, via satellite and the website WatchIslam.com TV Channels.
His latest efforts are directed toward English speaking Muslim youth and include Muslims sharing videos, and Muslim Chartroom and for young children Preschool Learning
His latest Television series is aimed toward English speaking children of Muslim parents and is entitled, “Qasas Ul Anbiya” – Stories of the Prophets.
Estes is currently semi-retired, living with his wife in the Virginia suburbs of Washington, D.C., in the United States.