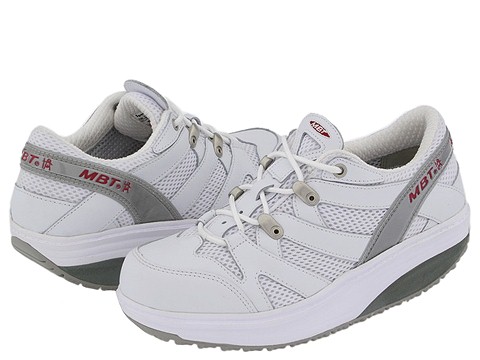 Nabil looks into the padi field and watches the tadpoles swimming. It is the planting season and the padi field is flooded. Farmers are going to remove the seedlings from the seed beds and transplant them into the flooded fields. The warm, wet climate in the tropics is ideal for growing padi. Meantime the tadpoles are having fun swimming in the empty field.

Nabil is waiting for his father to take him to the masjid. He can hear his father calling him, “Nabil, where are you?” (Aina anta, ya Nabil?) Nabil replies, “I am coming, Ayah.” He rushes to the road to meet his father.

Nabil looks down at his shoes and squeals in delight. “Its my shoes, they are wet and are making this squiisshing sound.” They both laugh gleefully. His father looks at Nabil’s shoes and exclaims, “Nabil, there is a hole in your shoe. We need to buy you a new pair of shoes. Next week when I get some money, insha Allah, I will put aside some money for your shoes first.”

Nabil is very excited. Shopping for new shoes will be fun.

On Tuesday after school, Nabil asks his father again, “Ayah, can we go shopping for my shoes?” His father says the same thing, ” Sabar, Nabil.” Then Nabil says to his father, “Ayah, today I saw Ustaz Marwan wearing a new pair of white shoes.” His father says, “Alhamdulillah, that is what Allah s.w.t has given to him.”

On Wednesday after school, Nabil asks his father again, “Ayah, can we go shopping for my shoes?” His father says, “Sabar, Nabil.” “Nabil, today I saw the postman wearing smart blue shoes.” This time Nabil says, “Alhamdulillah, that is what Allah s.w.t has given to him.”

On Sunday again Nabil says, “Ayah, can we go shopping for my shoes?” His father says, “Yes, today after salatul Zohor, insha Allah, we will go and buy your shoes.” Nabil performs his salatul Zohor and quickly gets ready to go out shopping.

At the shoe shop, Nabil sees a nice pair of black shoes. “Ayah, these shoes look very smart,” says Nabil. His father says, “Yes, they look great, Nabil.” His father looks at the price. “Nabil, we can only spend $25 for your shoes. These shoes cost $55. It would be a waste to buy these expensive shoes. This is an extravagance. We would be spending an extra $30. Allah (swt) does not want us to be extravagant, Nabil. What do you think we can use the $30 for?”

Nabil’s father then reads a verse of the Qur’an.

And waste not [laa Tusri fuu] by extravagance (excess).

Verily, He (Allah) loves not those who waste by extravagance (excess).

“Okay, Ayah,” Nabil says. We will not be extravagant.” Nabil always obeys his father, he is a soleh child.

Then Nabil sees a pair of brown shoes that look very nice. “Ayah, these shoes are $27 only, can I buy them,” asks Nabil. His father looks at the shoes and says, “Yes, Nabil, these shoes are just right for you.”

As the salesman looks for the right size of shoes, Nabil wanders around the shop and soon sees a pair of white shoes that cost $17 only. He likes the shoelaces on them. There are little bells dangling at the end of the shoelaces.

“Ayah, Ayah,” Nabil calls as he runs to the other side of the shop in excitement. “Can I buy these pair of white shoes with the little bells on them. They are cheaper than the brown shoes; we will save money too. Do you know how much money we will save Ayah?”

“Are you sure you want these shoes Nabil. I don’t mind paying $27 for the brown shoes, if you want them,” his father says. “No, I don’t want the expensive brown shoes. I want these white shoes which are cheaper. Ayah, we must not waste money. Remember what Allah (swt) says,” Nabil reminds his father by reading the verse from the Qur’an.

And waste not [laa Tusri] by extravagance (excess).

Verily, He (Allah) loves not [ La yuhibbu] those who waste by extravagance (excess).

His father smiles when Nabil finishes reading the verse. He says, “Well, Nabil, now you have a new pair of white shoes.” Nabil replies, “Alhamdulillah, this is what Allah (swt) has given to me.”

On the way back, Nabil’s father says, “Nabil you can have the $10 we saved by buying these white shoes. You can do what you want with it, but remember to do only those things that will earn you the pleasure of Allah (swt) When Allah (swt) brings rezeki to us He also waits to see what we do with it. This $10 comes to you from Allah (swt)”

Nabil’s father reads a verse of the Qur’an.

And whatever of blessings [ ni’matin] and good things you have, it is from Allah.

The next day Nabil is thinking of what he would like to do with all that money. It is a lot of money and he has never had so much before. At first he thinks he would like to spend all the money on ice cream or chocolates or even buy that toy car he has seen at the supermarket. Just the thought of it makes him very excited. But then he asks himself, “Will Allah (swt) be pleased with me if I spend all the money on myself?”

Next day after school he sits down with his father and starts writing down his ideas. Nabil decides to use the money in five different ways. Nabil starts think, “How much money is there for me to use for each way if I divide $10 into five ways?” Nabil sees that he has $2 to give his mother, whom he loves very much. He can spend $2 for himself, he can use $2 to buy treats for his brothers and sisters, he can save $2 and the last $2 he can give to the poor family who lives near the masjid. He says to himself, ” Allah (swt) will be pleased with me if I use the money in this way rather than if I spend it all on myself.”

Next day he goes with his mum to visit the poor family. When they reach the house they hear some children crying. Nabil and his mum say, “Assalamu Alaikum, Makcik Meriam.” Makcik comes out and replies, “Wa alaikumus Salam.” One little girl follows makcik and keeps saying, “I am hungry, mak. I am hungry, mak. Give me some food?” (Ana jaw’an. Ana jaw’an. A’tinee ba’dha toa’am.)

Nabil’s mother gives some old clothes to makcik. Nabil gives his $2. Makcik is very happy and says, “Alhamdulillah.” She immediately wispers to her son to go and buy a packet of rice so that she can cook it for his little sister. There is nothing in the house to eat. Even though she speaks very softly Nabil and his mother can hear.

Nabil is very upset and shocked that there is nothing to eat in Makcik Meriams house. At his house there is always something to eat. He puts his hand in his pocket and feels the balance of the money. He realizes that makcik needs the money to feed the family but he does not need the extra money. He decides to give all the balance of $8 to Makcik. He immediately sees her face light up even more as she keeps repeating, “Alhamdulillah, Masha Allah.” She tells her son to buy some more rice and dried fish.

When they reach home, Nabil starts crying as he remembers makcik’s family who has no food in their house. His mother consoles him and says, ” Allah (swt) sends rezeki to whomever he chooses. Allah (swt) gives more to some and waits to see whether they will spend it all for themselves or they will share with those who are in need.”
Nabil looks at his new shoes and says, “Alhamdulillah, I am glad I bought this pair of white shoes and saved $10 and therefore could give it to makcik’s family.”