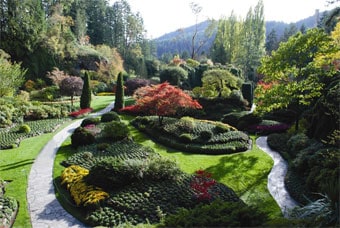 The following story is mentioned in Surah Qalam, Chapter 68 of the Holy Quran.

Once there was a wealthy and pious man. He had a big garden full of green trees laden with fruits. After the fruits were picked, this rightful man used to distribute some fruits among the poor who would gather at the garden every season to take their share.

Allah liked this act of the man. By the grace of Allah the garden used to give rich harvest every season. Truly, one who spends for the sake of Allah gets the reward in the hereafter as well as in this life.

This man had many sons who were not so pious as him. When their father died, they discussed a plan and said to each other that their father was not a wise man. He did not know how it was difficult to earn livelihood. They did not like the habit of distributing some of the fruits among the poor. They felt as if all their efforts would go to vain if the poor had some share.

One of the sons had a concern. What will they tell the poor people when they gather to take their fruits next time? They thought over its implications, as they were worried about losing their prestige. However, they were not afraid of Allah’s wrath. One of them suggested removing all the fruits in the night and thus clearing the garden before dawn so that nobody could come and ask for his share. Everyone agreed to this suggestion. Since they were not even afraid of Allah, they forgot to say ‘Insha-Allah’, which means if Allah Wills, “…they swore to pluck the fruits of the (garden) in the morning, without saying Insha-Allah (‘if Allah Wills’)” (Verses 17-18). If a Muslim does not say Insha-Allah before doing something Allah may not fulfill his wish. But those who have no faith in Allah fail to remember this and get stuck up in their act. 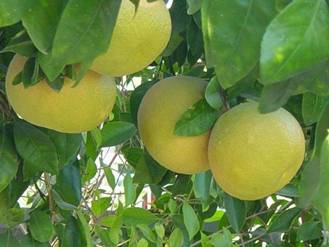 Allah is all Powerful. He knows no bounds in His Governance. All the brothers went to sleep with a view to getting up early in the morning and gather the ripe fruits. In the meantime, with the Will of Allah “…there passed by on the (garden) a visitation (fire) from your Lord at night and burnt it while they were asleep.” (Verse 19)

In the early morning, all of them got up and hurried up and “…called out one to another as soon as the morning broke, Saying: ‘Go to your tilth in the morning, if you would pluck the fruits.’ So they departed, conversing in secret low tones (saying), No Miskin (poor man) shall enter upon you into it today.” (Verses 21-24)

As they were proceeding towards the garden, they were quite unaware that Allah had willed otherwise. Because the garden had become “black by the morning, like a pitch dark night (in complete ruins)” (Verse 20). So when they reached the garden, they said this was not their garden, and that they had strayed away from the right path to the garden. But when they saw there was no other way around, they were wonder struck! Soon they realized the situation and yelled: “Verily, we have gone astray,” “Nay! Indeed we are deprived of (the fruits)!” The best among them said: “Did I not say to you ‘Why not glorify (Allah)’?” (Verses 26-28). He had been advising them earlier against this act, for he had said it is only Allah who would enhance their fruits if they continued to give away some of them in charity.

All of them felt regretful over their misdeed. They turned, to one another, in reproach and said: “Glory to our Lord! Verily we have been doing wrong. Alas for us! We have indeed transgressed!” All of them, then, sought Allah’s pardon and said: “We hope that our Lord will give us in exchange a better (garden) than this. Truly, we turn to our Lord (wishing for good that He may forgive our sins, and reward us in the Hereafter).” (Verses 31-32)

It is very beloved to Allah that we share with the less fortunate whatever we have. While some of us only feel hungry during the month of Ramadan, there are many who are hungry everyday. Let us be more generous with our wealth and help all those who are in need. We will not lose anything by giving away some of our wealth, we will only gain.