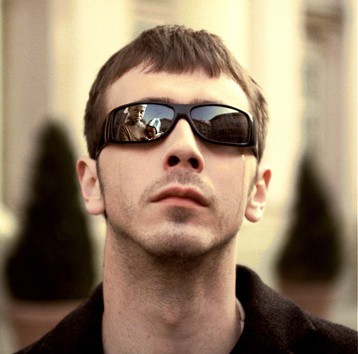 n, Allah (subhana wa ta’ala) reminds us that if we are grateful for what he gives us, then He will increase our blessings. On the other hand, if we ungrateful, and act as if Allah owes us something, His favours and blessing will be taken away and we will suffer a severe punishment:

‘And Remember when your Lord announced: If you give thanks, I will give you more, but if you are thankless, then my punishment is indeed severe.’ (Ibraheem 14:7)

If we begin to be ungrateful, Allah (subhana wa TA’ALA) often is still merciful with us in order to test us. This kind of test may affect someone in one of the following two ways. First, these tests may show us the true nature of our behaviour, which we may have been too ignorant or proud about to even see. Secondly, we may feel sorry for being ungrateful and repent to Allah (subhana wa TA’ALA) and obey His Messenger (sallahu ‘alaihi wa sallam).

Then the angel came to the bald man and said, ‘What would you most like to have?’ He said, “Nice hair, and I wish to be cured from this disease because people find me repulsive.’ The angel touched him, and he was given nice hair.’ Then the angel said, ‘Which property would you most like to have/’ He said, ‘Cows.’ So the angel gave him a pregnant cow that had plenty of milk. The angel said to him, ‘May Allah bless you with it.’

Then the angel, disguised to appear as a leper, visited the leper and said, ‘I am a poor man, who has lost all means of livelihood while on a journey. So none will satisfy my need except Allah and then you. In the Name of Him Who has given you such nice complexion, such beautiful skin, and so much property, I ask you to give me a camel so that I may reach my destination.’

The man replied, ‘I have many obligations (so I cannot give any to you).’ The angel said, ‘I think I know you, were you not a leper who the people shunned? Weren’t you a poor man and then Allah gave this to you?’ He replied, ‘I inherited this from my family.’ The angel said, ‘If you are lying, then let Allah make you as you were before.’

Then the angel, disguised as a bald man, went to the bald man and dais the same as he had the leper. He too answered the same way. The angel told him, ‘If you are lying, then let Allah make you as you were before.’

Then the angel, disguised as a blind man, visited the blind man and said, ‘I am a poor man and a traveller, whose means of livelihood have been exhausted while on a journey. I have nobody to help me except Allah, and after Him, you yourself. I ask you in the name of Him who has given you back your eyesight to give me a sheep, so that with its help, I may complete my journey.’ The man said, ‘I was once blind, and Allah returned my sight to me, I was once poor and Allah made me rich. So take anything you like from what I have. By Allah, I will not praise you for leaving anything (you need) of my property which you may take for Allah’s sake.’ The angel replied, ‘Keep your property. You (three men) have been tested. Allah is pleased with you, but He is angry with your two companions.