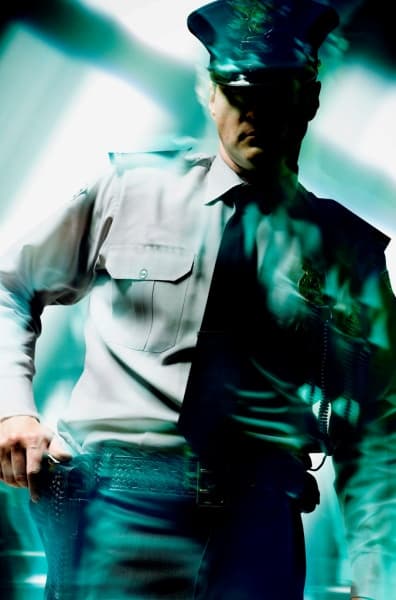 Army specialist Terry Holdbrooks had been a guard at Guantanamo for about six months the night he had his life-altering conversation with detainee 590, a Moroccan also known as “the General.” This was early 2004, about halfway through Holdbrooks’s stint at Guantanamo with the 463rd Military Police Company. Until then, he’d spent most of his day shifts just doing his duty. He’d escort prisoners to interrogations or walk up and down the cellblock making sure they weren’t passing notes. But the midnight shifts were slow. “The only thing you really had to do was mop the center floor,” he says. So Holdbrooks began spending part of the night sitting cross-legged on the ground, talking to detainees through the metal mesh of their cell doors.

He developed a strong relationship with the General, whose real name is Ahmed Errachidi. Their late-night conversations led Holdbrooks to be more skeptical about the prison, he says, and made him think harder about his own life. Soon, Holdbrooks was ordering books on Arabic and Islam. During an evening talk with Errachidi in early 2004, the conversation turned to the shahada, the one-line statement of faith that marks the single requirement for converting to Islam (“There is no God but God and Muhammad is his prophet”). Holdbrooks pushed a pen and an index card through the mesh, and asked Errachidi to write out the shahada in English and transliterated Arabic. He then uttered the words aloud and, there on the floor of Guantanamo’s Camp Delta, became a Muslim.

By Dan Ephron – NEWSWEEK
From the magazine issue dated Mar 30, 2009