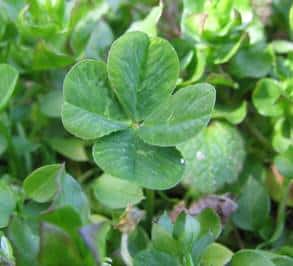 It was a beautiful spring day, and Yasmeen was playing outside with some other children at the park. Yasmeen was homeschooled, and she had a Muslim friend named Hala. They were both on the swing, when Yasmeen noticed some of the kids crawling in the grass. They looked like cats searching for mice! Thinking that they were picking flowers, Yasmeen said, “Hala, why don’t we pick some pretty flowers for our moms?” Hala noticed the other kids too, and then without a word they ran to join the others.

When they reached the other kids, they found out that the children weren’t picking flowers. They were in a bed of clovers looking for four-leaf clovers. “What do you want with those? Those aren’t flowers!” remarked Yasmeen in confusion. But one of the boys laughed and said, ” Yasmeen, don’t you know how hard it is to find a four-leaf clo ver? If you do they bring you good luck!” “Wow, how neat! Yasmeen then exclaimed. She too began to crawl with the others. Hala just frowned and said, “Yasmeen… you really shouldn’t…” but her friend cut her off before she could finish what she had to say. “I found one! Now I’m going to have good luck!” Yasmeen shouted.

The next week all sorts of good things started to happen to Yasmeen. She found her favorite sweater, she got a new dress from her mother, and she won a math contest at school. Yet she gave the credit to the four-leaf clover, rather than Allah (SWT) and her own hard work.

When Yasmeen noticed the green plant was gone the next week she became very upset. She began

to search everywhere but it wasn’t anywhere to be found. That wasn’t the end of her troubles though. She broke a crystal glass and some plates. She tripped over her book bag and stubbed her toe. She even lost her new sweater. Devastated, she called Hala and told her of her bad day.

“Oh Yasmeen! Haven’t you learned your lesson yet?” was her friends reply to her awful day. “Yeah, you should put your four-leaf clover in a treasure chest.” Yasmeen said, despite her

tears. “Anyway, I was trying to tell you that clovers don’t give you luck. There is no such thing! Every

“Then she ended the phone call by saying, “I didn’t realize it was that serious! Well, from now on I’ll work hard and never use a luck charm again!” And she kept her promise after that.